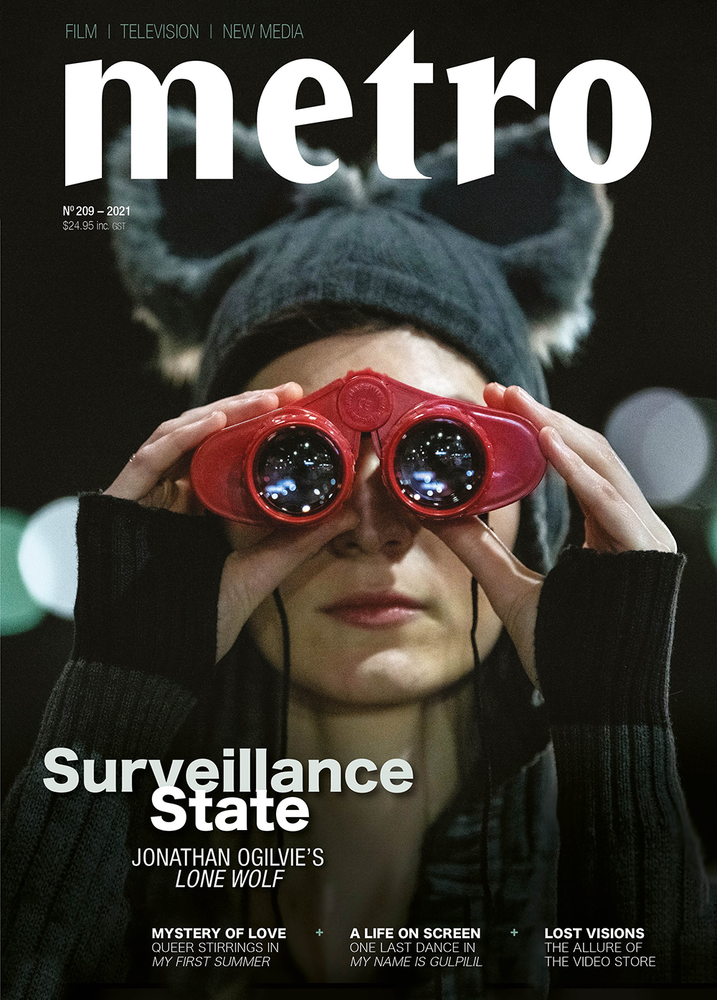 'Flies on the Locker-room Walls: The Managed Candour of Making Their Mark'  – Kenta McGrath

'Women on the Verge: Haifaa Al Mansour's The Perfect Candidate' – Anthony Carew
'Fragments and Textures: Memory and the City in Zheng Lu Xinyuan's The Cloud in Her Room' – Danica van de Velde

'Cinema Science: Deconstructing the Machinery of the Mad Max Films' – Dave Crewe
'Trapped in the Web: Untangling The Social Dilemma' – Nadine Whitney
'Borrowed Time: The Life and Death of the Video Store' – Gabrielle O’Brien
'Documenting the Self: Art, Celebrity and Storytelling in 20,000 Days on Earth'– Anthony Carew

'At the Threshold of Revival: Australian Cinema and the Moment of 2000 Weeks' – Peter Galvin

'Out of the Frying Pan: Screen Australia and the Producer Offset' – Glenda Hambly