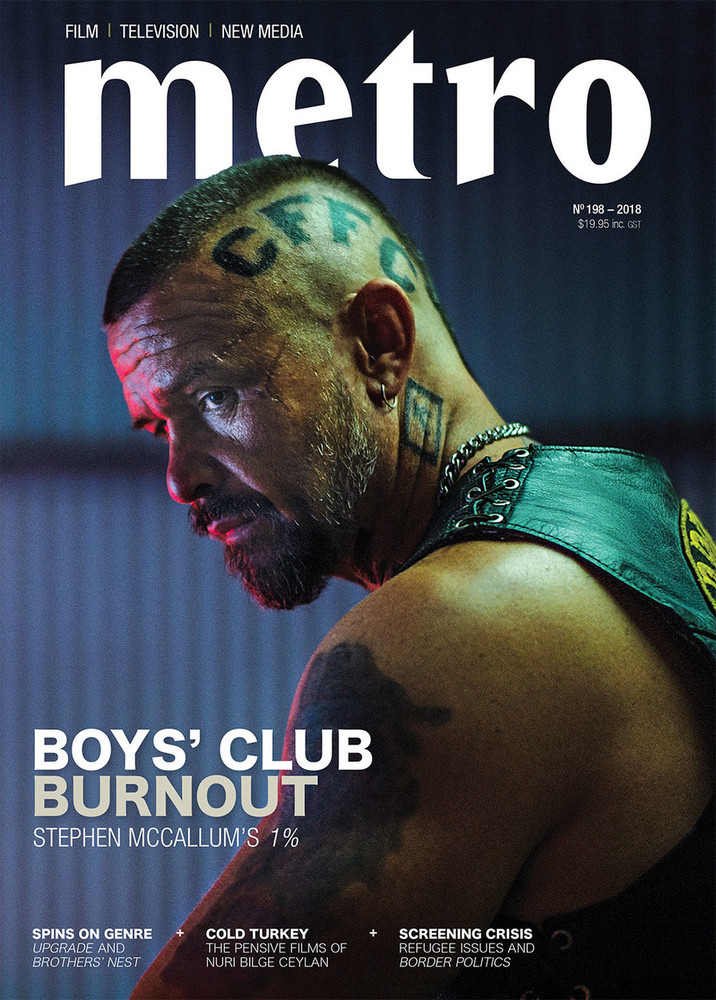 Australian and New Zealand Cinema
'A Neoliberal Spin: Management and Masculinity in Stephen McCallum's 1%' – Kit Macfarlane
'Permission to Operate Independently': Upgrade and the Body-machines of Action Cinema' – Mel Campbell
'Fraternity Test: Watching Brothers' Nest in the Shadow of Kenny' – Dave Crewe
'Landing Success: Luke Sparke and Carly and Carmel Imrie on Occupation' – Oliver Pfeiffer
'Getting a Second Opinion: Mairi Cameron on Truth and Trickery' – Elizabeth Flux
'Once upon a Time in the West: Suburbia and Identity in Jason Raftopoulos' West of Sunshine' – Glenn Dunks