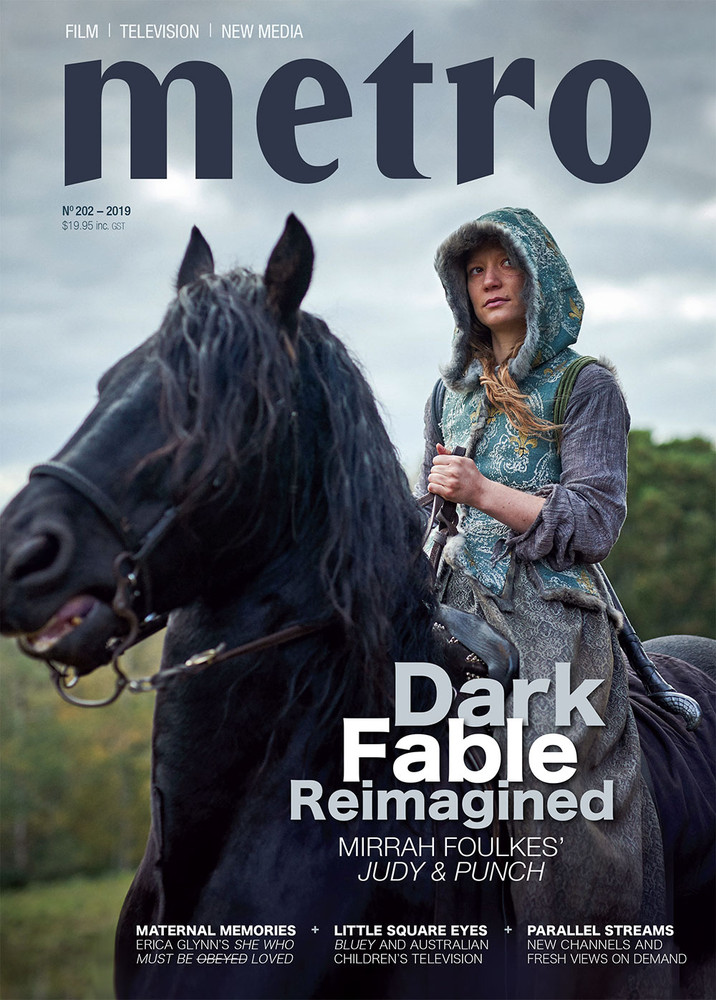 'Pantomime of Violence: Gender and Outrage in Mirrah Foulkes' Judy & Punch' – Anthony Carew
'Poetry in Action: Racism and Resistance in Partho Sen-Gupta's Slam' – Stephen A Russell
'Oceans Within Us: Eight Perspectives on the Pacific in Vai' – Amanda Barbour
'Troubled Bubble: The Aspirational Milieu of Rachel Ward's Palm Beach' – Travis Johnson
'Out of the Trenches: Kriv Stenders on Danger Close: The Battle of Long Tan and Revisiting History' – Oliver Pfeiffer

Australia on the Small Screen

Focus on Asia and The Middle East

'Mother Tongue: She Who Must Be (Obeyed) Loved and Aboriginal Women's Stories' – Paola Balla
'Soaring with Her Own Wings: Em Baker on Marriage, Movie-making and I Am No Bird' – Hanna Schenkel
'Into the Void: Stop the Boats and Refugee Activism on Screen' – Matilda Dixon-Smith
'The Winding Road Home: Kaye Harrison on Displacement, Detention and Sanctuary' – Jasmine Crittenden
'Same Old Tune: Mythologisation and the Music Documentary' – Glenn Dunks