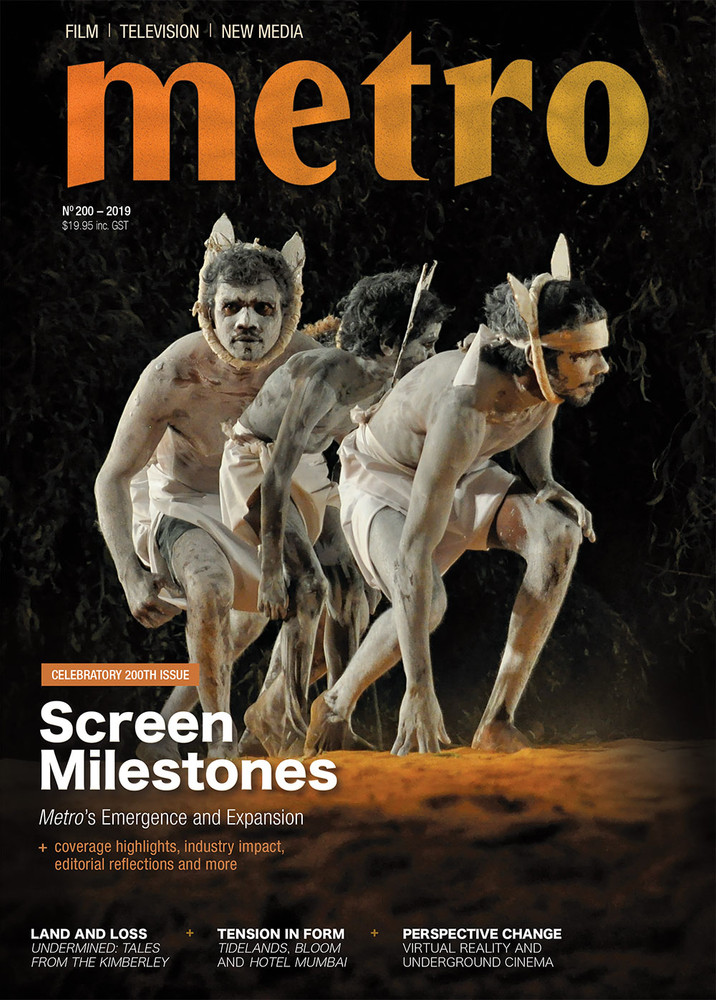 Behind the Scenes
'The Past Is a Foreign Country' – Peter Tapp
'In the Beginning, There Was Film Appreciation' – Kevin Adams
'Metro in the 1970s' – Peter Hamilton
'A Brief History of Metro' – Wayne Levy
'The Bridge' – Lisa French
'Letter from the Editors' – Greta Parry

Documentary
'The Cost of Country: Capital and Ownership in Undermined: Tales from the Kimberley' – Rochelle Siemienowicz
'Home on the Rocks: Blue Lucine on Displacement and The Eviction' – Jasmine Crittenden
'Age of Acceptance: Community and Inclusion in Sue Thomson's The Coming Back Out Ball Movie' – Stephen A Russell
'Rhetoric and Reminiscence: Graham Freudenberg, Political Memory and The Scribe' – Anders Furze
'Greener Pastures: Tradition and Modernity in Grace McKenzie's In the Land of Wolves' – Gabrielle O'Brien