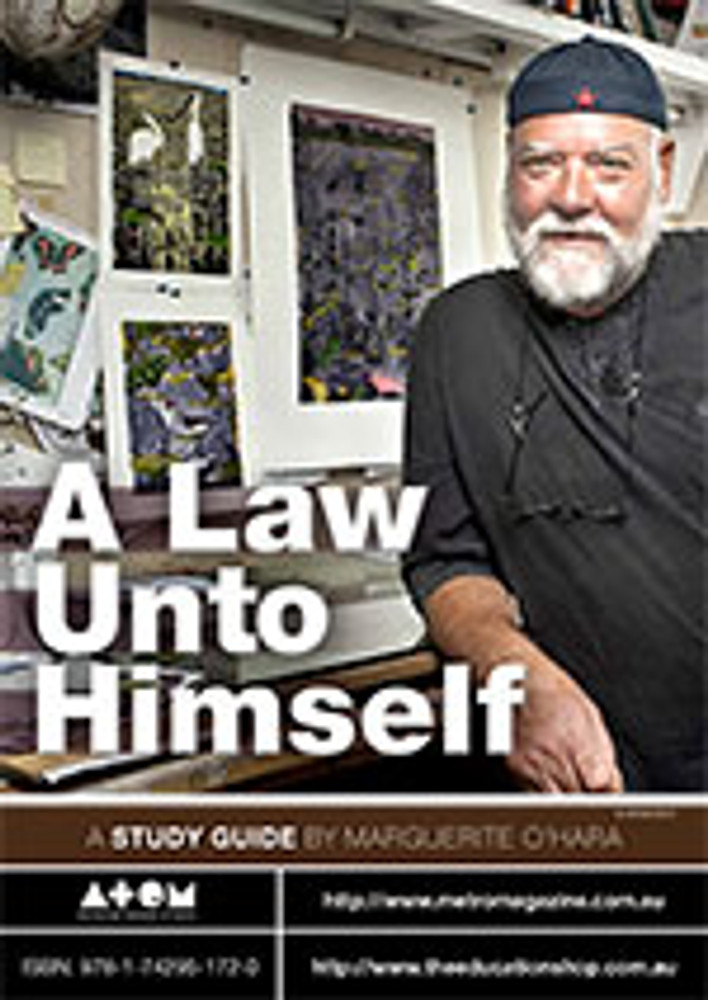 Law unto Himself, A (ATOM Study Guide)

A Law unto Himself is a half-hour documentary about artist Roger Law. He was the co-creator and the energy behind the UK puppet show Spitting Image, which screened on British television for thirteen years. The show lampooned politicians, celebrities and the Royal Family until 1996. Law 'deported' himself to Australia where he has established himself as an artist. This change of space and place led him to China to pursue his skills and interest in ceramics. We see him at work and discover how he came to regenerate his skills and style through his journeying from England to Australia and China.

A Law unto Himself would be an excellent film to show to middle, senior and tertiary students working in Studio Arts and Design subjects, especially in Drawing and Ceramics. It could also be a valuable resource in teaching Film as Text or in English classes as a biographical study of an artist's evolution.