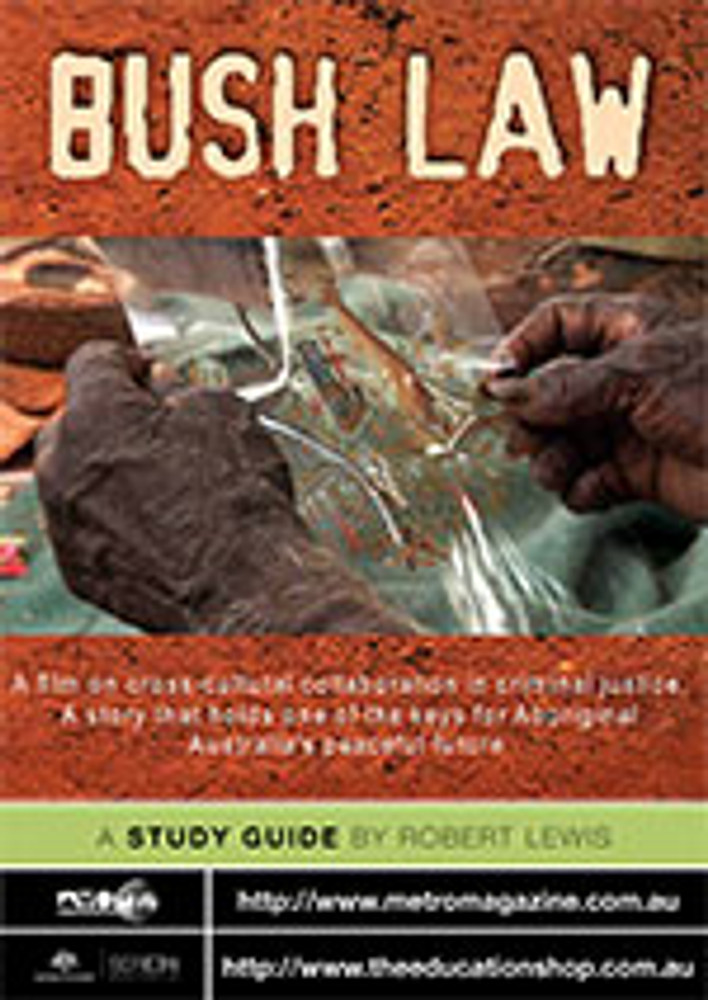 Bush Law (Danielle Loy, 2010, 27 minutes) is a documentary film set in a remote Northern Territory Aboriginal community. It is an exploration of the potential for cooperation between Aboriginal law and the mainstream Australian criminal justice system in reducing violent crime in traditional Aboriginal communities.

Australia, like a number of countries that have experienced European invasion, has a tension in its legal system between the original and the new that is not evident to many Australians. The filmmaker was inspired to make Bush Law because of the frustration of working as a lawyer in a system which fails to recognise the vital importance of building bridges between Aboriginal law and the mainstream Australian criminal justice system. She was in a privileged position to make the film, having experience-based knowledge of both laws and time-honoured, trust-based relationships with the film's subjects.

Despite the countless government initiatives and billions of dollars invested in attempting to reduce crime, Aboriginal violent crime in the NT is now at an all-time high. This is because there are two Australian legal systems for Aboriginal people. One of them is at least 40,000 years old. The other was introduced 220 years ago. This new law was imposed without consultation or respect. While only mainstream Australian law is legally recognised, the simple truth is that many Aboriginal people living in remote Australia pay more attention to Aboriginal law.

Bush Law is groundbreaking for two reasons. Firstly, it reveals aspects of Aboriginal law not previously discussed candidly on film. Secondly, the film offers a viable and successful model for mainstream Australian criminal law and Aboriginal law to work in a unified way to reduce crime. The viability of the model stems from its being formulated by the people at the grass roots, based on what actually works. The model offered must be working in the Lajamanu community because at the time of the film's production, Lajamanu had one of the lowest conviction rates per capita in the NT Aboriginal population.

Bush Law is a suitable resource for use with senior secondary students in Legal Studies, Indigenous Studies, English, Society and Environment.

Law unto Himself, A (ATOM Study Guide)