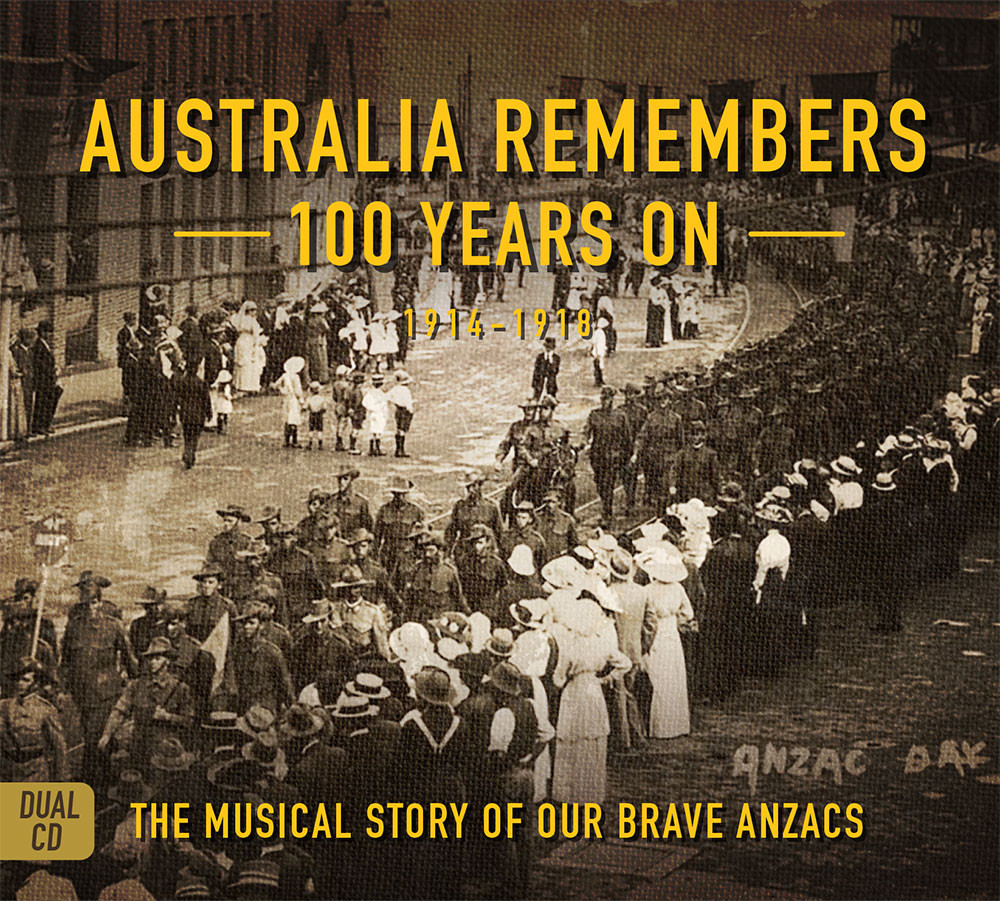 A century ago, the Great War tore the world apart. The war to end all wars exacted a terrible price and sacrifice upon the twentieth century's first generation of men and women.

Down the years, the memories of this generation have been honoured, and the suffering and conflict remembered. However, time has diluted a precise knowledge of the War and the extraordinary events surrounding it.

Australia Remembers: 100 Years On – The Musical Story of Our Brave ANZACs is a twin audio CD that revisits the Great War in narrative and song. All music and lyrics were written and/or performed by Australian and New Zealand artists and musicians.

CD One mixes tracks with a revealing and chilling narrative of the major campaigns of World War One. The CD chronicles the war through Australian and New Zealand eyes, recounting the campaigns, battles and encounters of the ANZACs from Gallipoli to the Western Front and on until the Armistice of 1918.

CD Two is a musical response to the Great War and features many original songs, offering a sometimes historical, sometimes contemporary and modern reflection on the conflict.

Australia Remembers: 100 Years On can be appreciated on a number of levels and makes a great teaching companion by introducing students to the major campaigns, strategies, military and battlefield stories of the Great War.

The producers of this CD will distribute at least $2 from each sale in support of the following organisations: