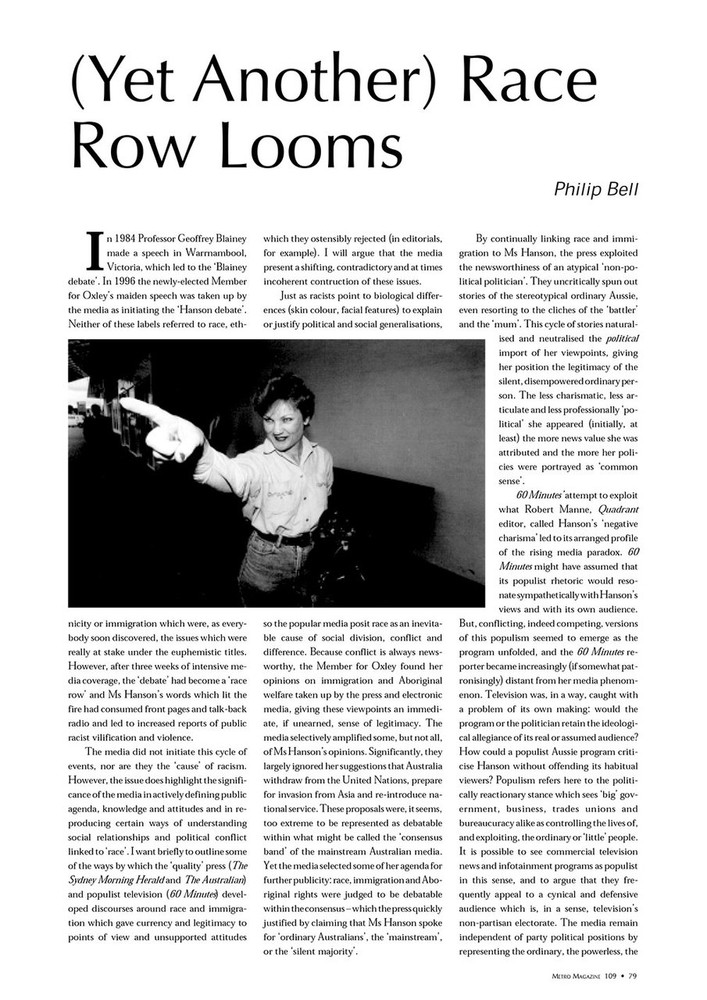 (Yet Another) Race Row Looms

In 1984, Professor Geoffrey Blainey made a speech in Warrnambool, Victoria, which led to the 'Blainey debate'. In 1996, the newly elected Member for Oxley's maiden speech was taken up by the media as initiating the 'Hanson debate'. Neither of these labels referred to race, ethnicity or immigration, which were, as everybody soon discovered, the issues which were really at stake under the euphemistic titles. However, after three weeks of intensive media coverage, the 'debate' had become a 'race row' and led to increased reports of public racist vilification and violence.

Not Yet Grown: Cedar Boys