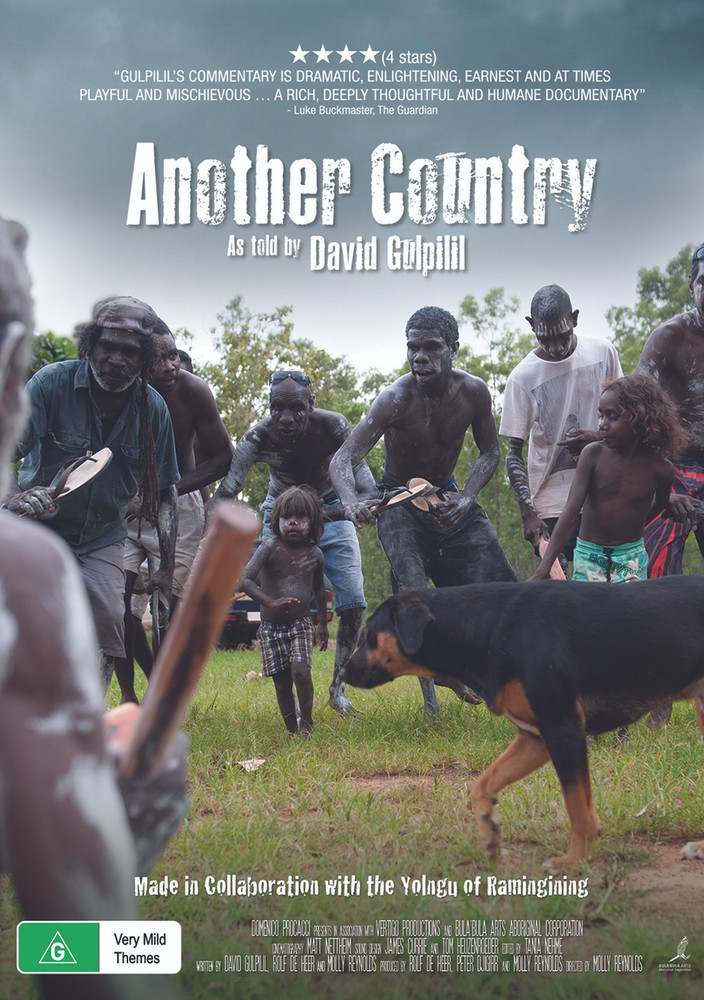 'No-one from any government has ever known our language … How can they know us?' – David Gulpilil

Another Country is a documentary that considers, from the inside, the ramifications of one culture being dominated by another.

At the beginning of last century, the Australian Government – along with entrepreneurs, opportunists and do-gooders – made a concerted effort to gain control of the lands of the Yolngu people across northern Arnhem Land, along the central part of northern Australia. The long succession of would-be cattle barons, missionaries and government agents failed to dispossess the Yolngu of their lands, but the introduction of their new ways and different laws succeeded in eroding the heart of a complex culture that was once strong, defiant and self-sufficient.

Legendary Australian actor David Gulpilil has spent his adult life trying to navigate his way through two very different, opposing cultures: that of his Yolngu people and that of the prevailing Australian culture. He personally narrates Another Country, and gives us firsthand insight into the confusions and chaos that occur in the clash between these cultures.

Molly Reynolds' film is one of a series that Rolf de Heer and colleagues have made with the Yolngu people of Ramingining, beginning with the celebrated Ten Canoes in 2006. Reynolds collaborated with de Heer on the hugely successful Twelve Canoes website and film, and, after Charlie's Country, they have continued to work together on Another Country and Still Our Country.

ATOM has also produced a study guide for Another Country. This study guide is available for download here.

Another Country: The World of Samson and Delilah