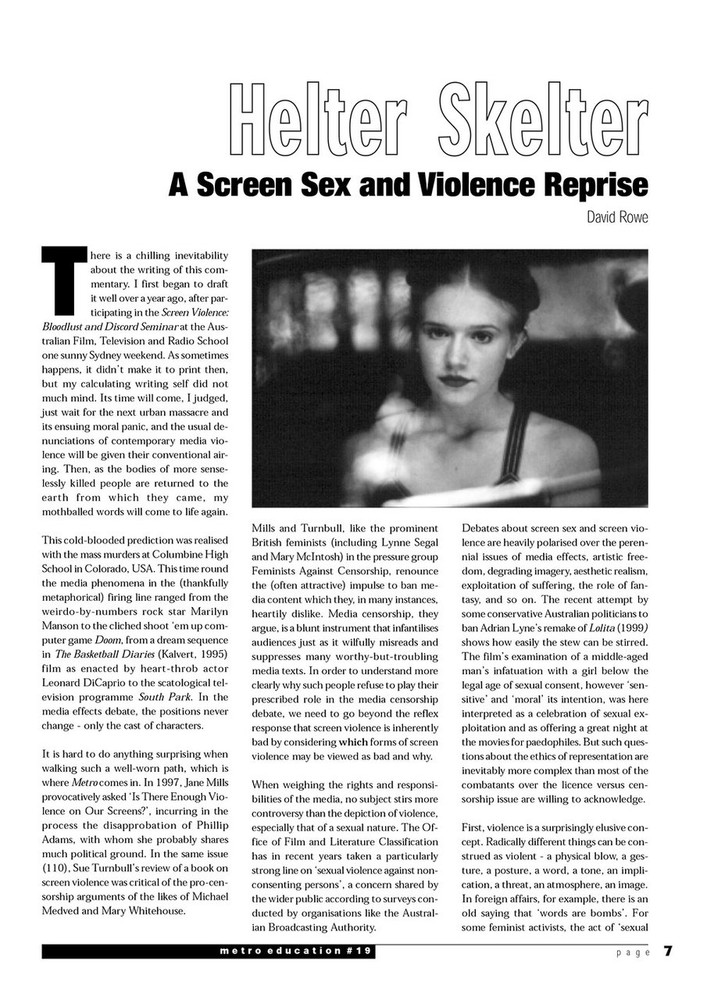 There is a chilling inevitability about the writing of this commentary. I first began to draft it well over a year ago, after participating in the 'Screen Violence: Bloodlust and Discord' seminar at the Australian Film Television and Radio School one sunny Sydney weekend. As sometimes happens, it didn't make it to print then, but my calculating writing self did not much mind. Its time will come, I judged – just wait for the next urban massacre and its ensuing moral panic, and the usual denunciations of contemporary media violence will be given their conventional airing. Then, as the bodies of more senselessly killed people are returned to the earth from which they came, my mothballed words will come to life again.

Violence, Sex, Drugs and -isms in the Media