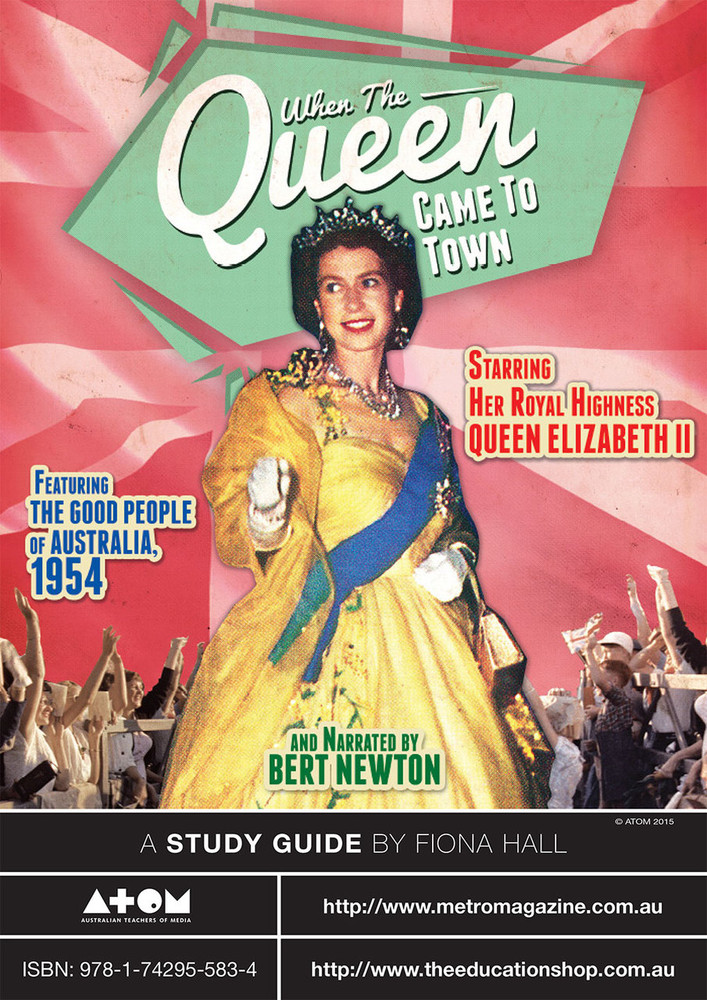 In 1954 the world saw the introduction of the Boeing 707, atomic power stations, colour TV, the transistor radio, the first Godzilla and 'Rock Around the Clock' – the real 'breakthrough' rock'n'roll song. It was also the year of Joseph McCarthy, the Domino Theory and the start of Scientology. Oprah Winfrey and Malcolm Turnbull were born, great Australian comedian Roy Rene died and the Russian spy Vladimir Petrov defected. But in Australia all of this was irrelevant, for there was one event that overwhelmed all others – the Royal Tour.

After Queen Elizabeth II was crowned in June 1953, she honoured a commitment to tour the Commonwealth and in November left with Prince Phillip on a 40,000-kilometre tour. We begin the story as she sails into the Southern Hemisphere, the first British monarch ever to do so. We pick up images from the first cinemascope documentary, Flight of the White Heron, a superlative cinematographic record that produces nostalgia in those who remember it and perhaps a grudging admiration for its simple faith and optimism for those too young to remember.

Along with the rich historical archive, drawn chiefly from the feature documentary, we interview the people who were there at the time – the flower girls, the marching boys, the maypole dancers, the cheering, flag-waving schoolchildren, the motorcycle outrider and the proud royal chauffeur.

With Bert Newton as our narrator and Lorraine Bayly as the storyteller, we survey the three months during which the Queen visited over sixty cities and towns in Australia, forty in New Zealand plus Fiji and Tonga. Her schedule was prodigious – in some places she had five events to go to in a single day. She went where the people lived; she did not hold court waiting for the people to come to her. In this way, Queen Elizabeth's tour revolutionised the way that royalty interacts with the population.

When the Queen Came to Town focuses on how Australia organised the greatest event ever staged here. Each city she visited began with a grand entrance parade into the city – a million people saw her arrival into Sydney Harbour and their memories, like those of all the other people who talk to us, are as sharp as you would expect of moments that have never been dislodged from their position as the most exciting day of their lives. Excitement, and emotion, that sixty years later they still communicate when, giggling or tearful, they tell us how it was.

This program can be related to studies of History and English.

When the Queen Came to Town

When the Queen Came to Town (3-Day Rental)