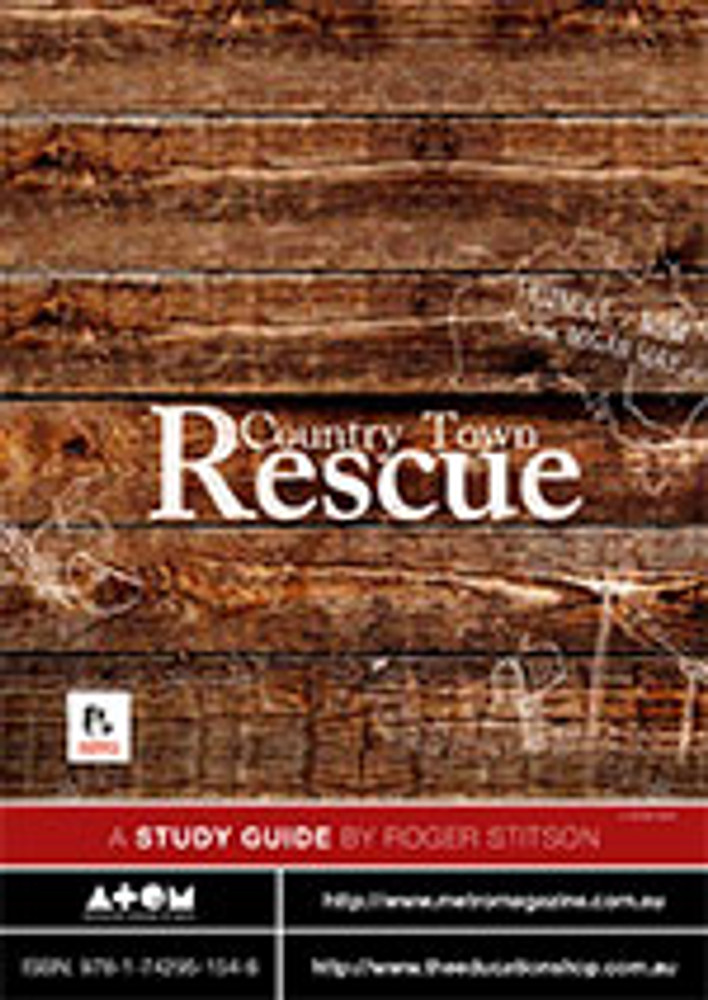 Country Town Rescue is an observational documentary series filmed over a year in the small NSW town of Trundle. To save the town from dying, a small group of dedicated locals get together and try to boost the town's population by enticing newcomers to the area by offering up abandoned farmhouses for just $1 a week. Over 400 families applied for only five available farmhouses. After much deliberation, five families are chosen and arrive in high summer with temperatures soaring to 45 degrees Celsius.

Through renovations, changing seasons and family and farmers disputes, viewers get a ringside seat to this very Australian social experiment.

The families chosen are Nabih and Christie Elemam, a devout Muslim Family from Western Sydney; The Guerkes – Dan, a carpenter, and Kylie, a Thai cook, plus their four kids; The Gallens – typical Aussie battlers looking for a fresh start; Claire and Tony Moore, nurses from Canberra; and widowed mum Donna Roberts and her kids Tommy and Sammy, the tragic loss of Donna's husband less than a year ago inspiring Donna to make the change.

The houses, the environment and the isolation of the country raises immediate problems that range from the practical – water tanks full of dead frogs – to the bureaucratic, where a stuff-up in paperwork means that Claire and Tony Moore don't get paid, causing them to default on the mortgage on the house they still own in Canberra. The problems faced by the families are agonised over by the Tree Change committee resulting in some riveting television. This series is a compelling snapshot of the problems of living in rural Australia in the twenty-first century.