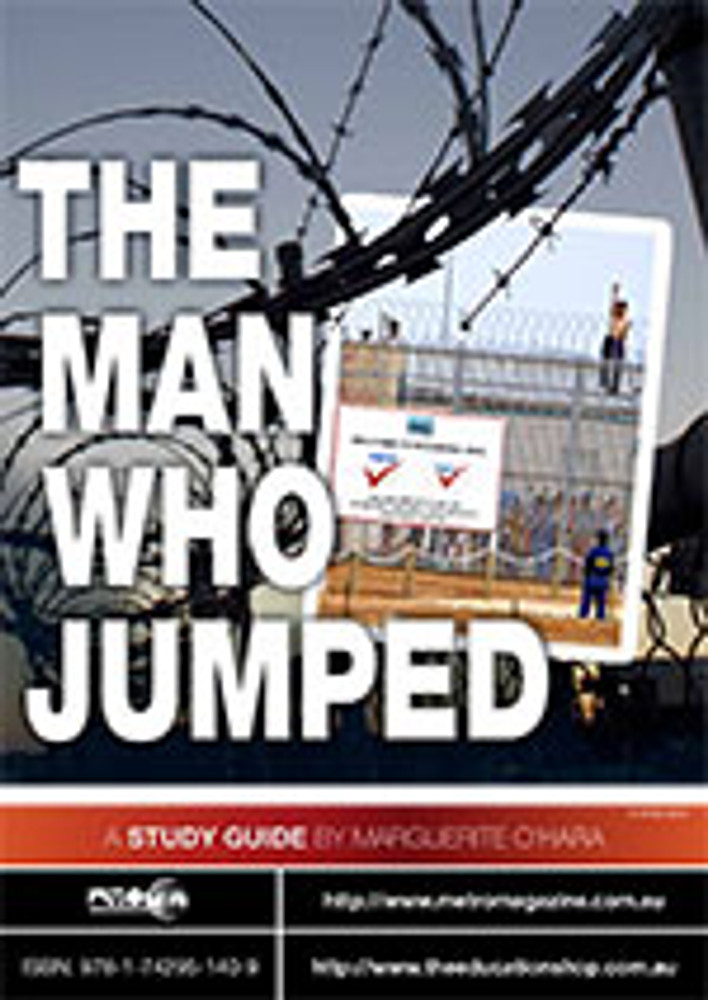 Australia Day, 2002. As the nation celebrated the commemoration of the arrival of the First Fleet, in the middle of the South Australian desert a dark day in Australia's history was unfolding.

At the Woomera detention centre, protests by asylum seekers erupted. Temperatures soared to over fifty degrees in the burning sun. More than 200 of the detainees were on hunger strike. Men, women and children had sewn up their lips. Some swallowed detergent and shampoo. The atmosphere was explosive.

At the height of the conflict, a bare-chested young man climbed on to the perimeter fence.

Below him were coils of cut-throat razor wire. Suddenly, and without warning ... he jumped.

Captured by television news cameras, this suicidal act shocked the nation and made headlines around the world. It was a powerful image reminiscent of the footage of the man falling from the twin towers and the unknown man who stood in front of the tank in Tiananmen Square. And like those moments it came to define a dark chapter in a nation's history.

Ten years on, The Man Who Jumped revisits this disturbing story and asks the questions: Who was this man? Why did he jump and what happened to him?

In pursuit of answers, the hidden truth behind one of the harshest policies for refugees in the world is revealed.

The Man Who Jumped would be a valuable resource for students in senior secondary classes in History, Politics, Society and the Environment, Philosophy, Civics and Citizenship, Values Education, Religion and Society, Contemporary Australian Society and Media and Film Studies. While the program could be shown to middle school students, teachers are advised to preview the program as there are some disturbing and graphic images of people with serious injuries.