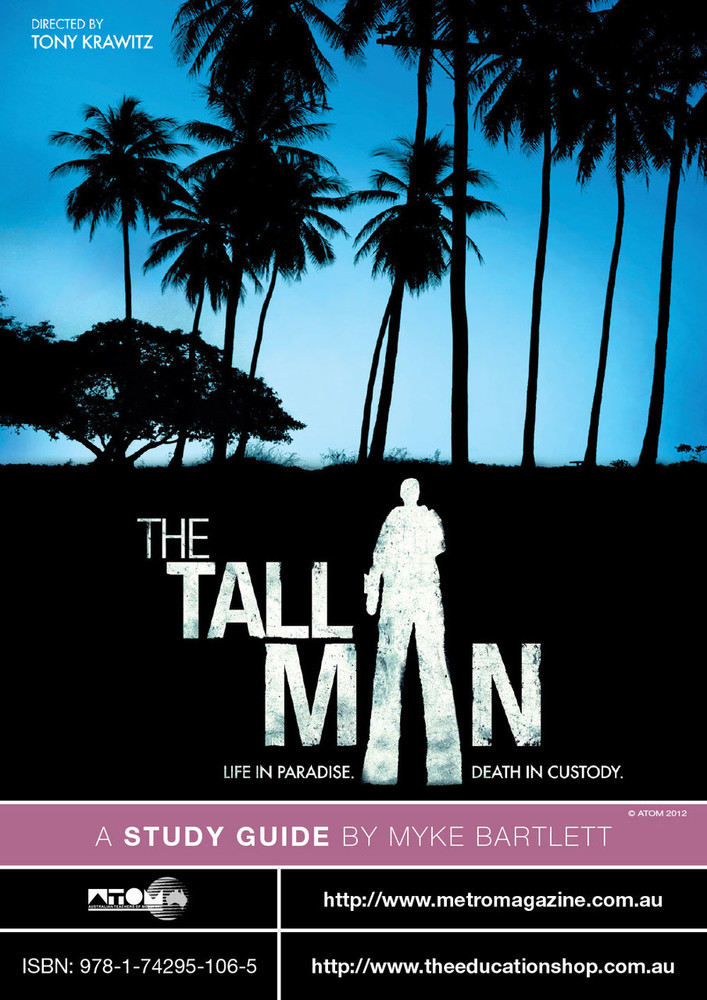 'Tall Man is skinny and tall and scary. You got to watch out for that Tall Man spirit. Tall Man is ugly and stinkin' and fat. He lives up in the hills. The Tall Man's really big and he smells. He walk around late at night. He'll get ya.'

The death of Cameron Doomadgee in a Palm Island prison cell opens this hard-hitting documentary, based on the book of the same name by Chloe Hooper. Beginning with death and ending in despair, the film exposes troubling racial tensions, institutionalised injustice and the slippery nature of truth. Forced to work around its dubious star – Senior Sergeant Chris Hurley, who stood trial for Doomadgee's manslaughter – the filmmakers rely on second-hand accounts to craft a compelling portrait of a shadowy figure. In some ways, the film is more successful for Hurley's absence. Created through rumour and hearsay, his silhouette becomes that of a mythical white bogeyman, the Tall Man, who represents the injustices and the violence perpetrated by his race against this nation's first people. Despite that, the film refuses to deal with its subject in a black-and-white manner, instead offering a sometimes sympathetic portrait of the sort of man produced and protected by a corrupt system that does view the world in such stark binaries. Still, the film remains one of shocking contrasts – between a paradisiacal setting and a hellish existence, between the promises of a legal system and the justice it delivers.

Featuring a compelling blend of community voices, expert accounts and archival footage, this often confronting piece creates space for debate, rather than being a platform for accusation. As such, it should prove a rich text for senior secondary students of English, Media and humanities areas including History and Politics. This study guide aims to provide starting points for discussion of both the issues raised and of how the film portrays them, with a focus on several aspects of production.