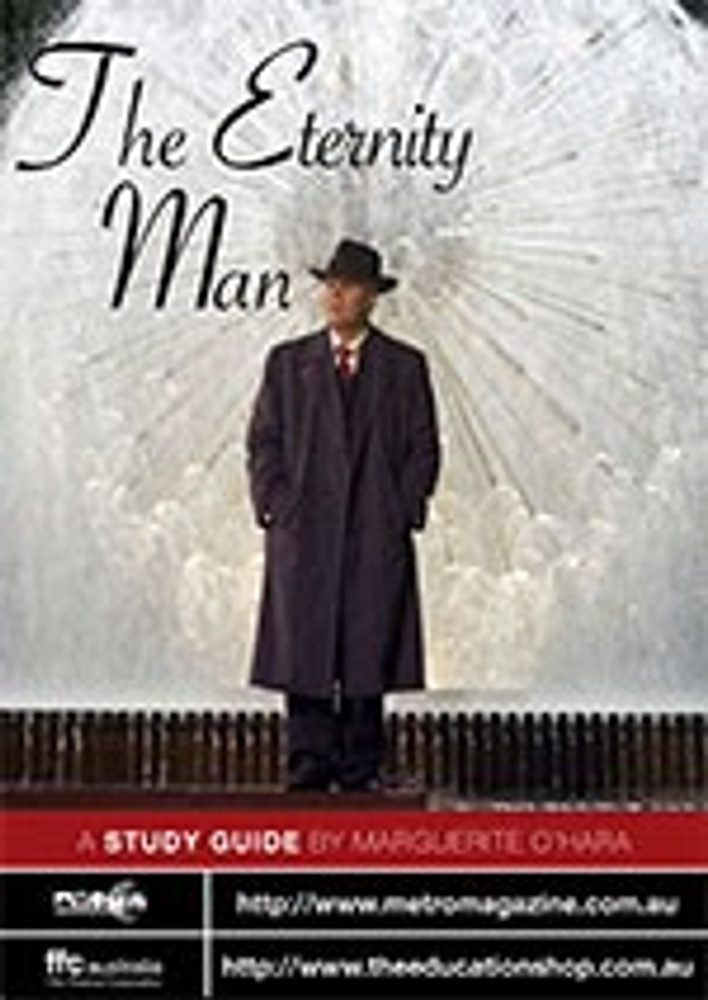 The Eternity Man is a film opera about Arthur Stace, reformed petty criminal, World War One veteran and recovering alcoholic, who haunted Sydney's seedy bars and brothels until a revelation one night in a soup kitchen chapel. Stace then spent nearly forty years chalking a timeless message on the city's streets: the single word, written in copperplate font – Eternity.

The film is a journey into the gritty heart of Sydney itself; a place of black humour, alcoholism, bashings, love, sex, lies and shocking beauty. Stace is the archetypal outsider in the city; unobtrusive, distracted, flung from freak-show to brothel to Baptist church, revealing the secrets a city likes to keep to itself through the autistic repetition of a single gesture. As Stace walks through the decades, from the 1930s to the present day, he encounters some of the key events of the twentieth century. This story is rooted in the history of Sydney but will speak to people all over the world. The Eternity Man is a universal story of hope and redemption.

During his journey of self-discovery he wrote his word almost 500,000 times; it was his mission to traverse the city to its furthest reaches in order to spread his message. Now more than thirty years after his death, this mission has a powerful resonance, to the point where Sydney's millennium celebrations were crowned with his word lighting up the Harbour Bridge in neon, sending his evocative message out from Sydney and across the world.