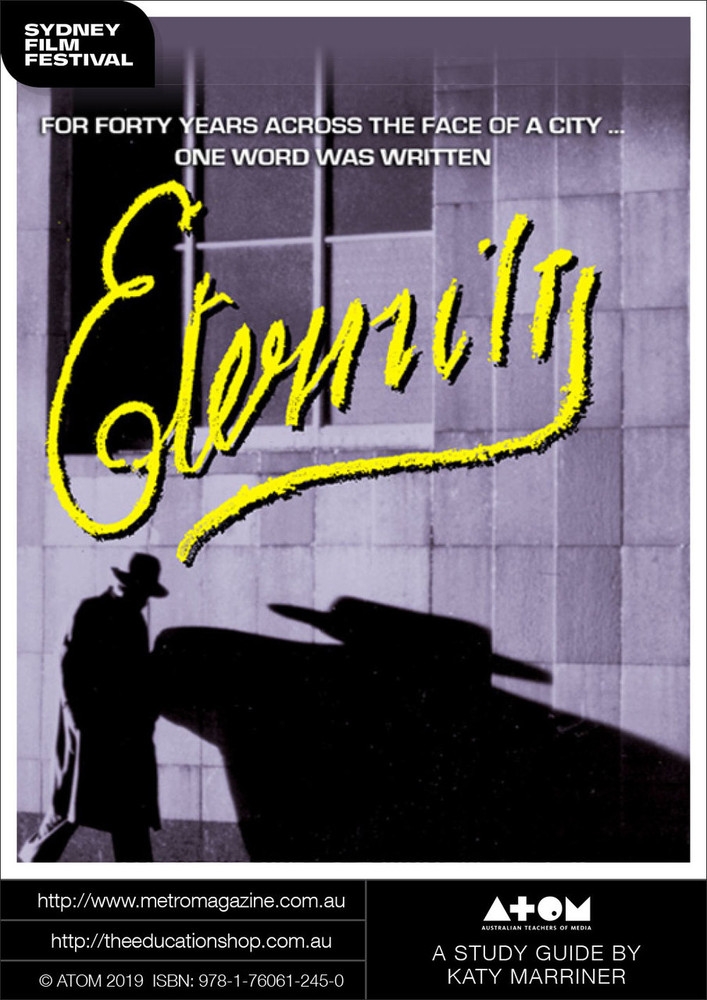 Arthur Stace famously wrote the word 'Eternity', in perfect copperplate script, on the footpaths of Sydney more than half a million times over a forty-year period. Known to many as 'Mr Eternity', he became part of Sydney mythology. Stace's childhood was an impoverished one. He grew up in an abusive environment, the child of alcoholic parents, and after returning from military service in the World War I, he took to drinking. Stace converted to Christianity on 6 August 1930 after hearing an inspirational sermon by the Reverend Hammond at St Barnabas Church, Broadway. Two years later, Stace's commitment to writing 'Eternity' was inspired by a sermon given by John Ridley on 'The Echoes of Eternity'.

His life's purpose had revealed itself and his commitment did not waver. He wrote 'Eternity' on the footpaths of Sydney until his death in 1967. For over twenty years, Sydneysiders were mystified by 'Eternity'. A tract titled 'The Crooked Made Straight' named Stace as the author of the chalked message. While Sydney's daily newspapers published his story and photograph, Stace remained an elusive character, uninterested in publicity. Regarded by some as a man saved by Christianity, and by others as an artist, the interviews with 'witnesses', those who knew Stace, those who had sighted the word or whose own artistic and commercial endeavours have been influenced by 'Eternity', highlight the influence and legacy of his mission.

In Years 7–10, Eternity is a relevant resource for meeting learning outcomes in:

In Years 11 and 12, Eternity is a relevant resource for meeting learning outcomes in:

Teachers are advised to direct students to complete activities that are subject-relevant and age-appropriate.