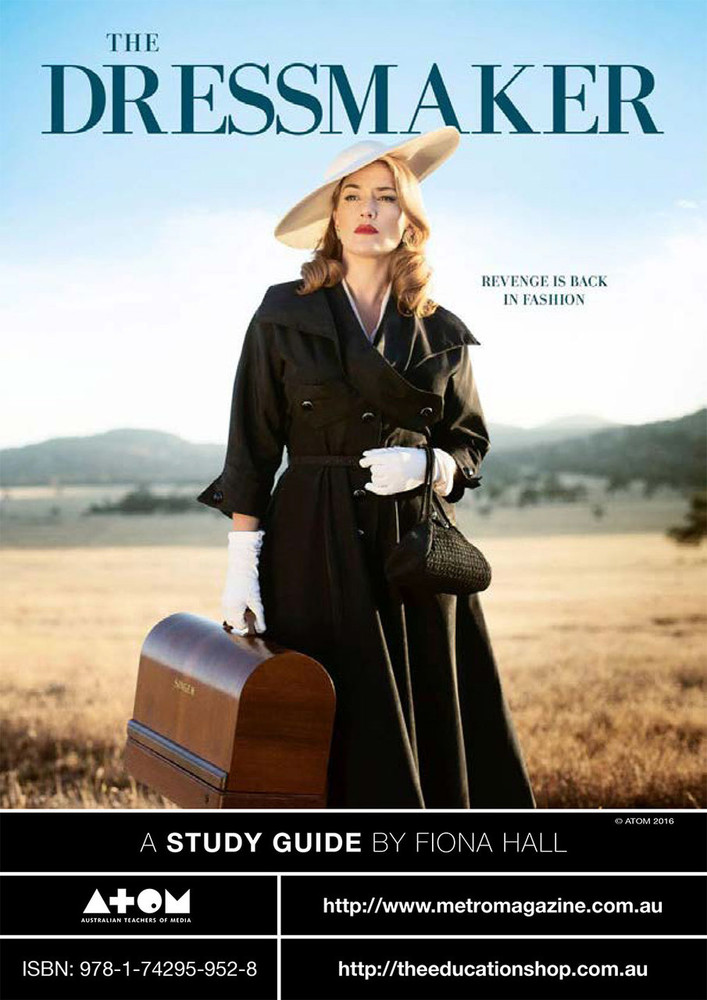 1951. Tilly Dunnage, a beautiful, talented misfit who's been working as a dressmaker in France for the great haute couture designers, returns home to Dungatar, a one-horse town deep in the wheat belt of south-east Australia. After twenty years away, Tilly has been driven back by a recent tragedy to do two things – look after her ailing, eccentric mother Molly, and right the wrongs of the past that continue to haunt her. Tilly Dunnage has revenge in her heart.

In Dungatar, everybody knows everybody, and they all have a secret. Cabin-crazed, bitter, grasping and small-minded, the townfolk maintain a precarious equilibrium as they know that their secrets are not safe. When Tilly arrives back, the balance starts to shift. Signs of trouble come in the form of extravagant fabrics, which start arriving from France, delivered to Dungatar in tea chests.

The local constabulary, in the form of Sergeant Farrat, is the first to develop a special, breathless interest in Tilly's magical way with thread and silk. He becomes something of a buffer between Tilly and the townspeople, who haven't forgotten the tragedy they believe Tilly caused as a child – an event that set the town against her and led to her exile.

Tilly feels instinctively that she was wronged, but she also feels cursed and can't clearly remember what happened. The Dungatarians are drawn in by Tilly's bewitching skills of transformation and, one by one, she extracts from them the information necessary to piece the truth together. The extraordinary gowns she creates become her means for revenge against those who did her wrong. There'll be a price for looking this good.

The stakes are raised when Councillor Evan Pettyman, who virulently hates Tilly and Molly, employs the buttoned-up Una Pleasance, a rival dressmaker from Melbourne, to compete with Tilly and bring her down.

Along the way, Tilly bears her heart and, against her better judgment, falls in love with the local football hero, Teddy McSwiney. Most importantly, she forms an initially volatile but finally truly tender reconciliation with her mother, Molly.

In a no-holds-barred showdown between Tilly's and Una's creations, it becomes clear that the transformation of the residents has only exaggerated their many flaws and revealed just how ugly and black their hearts are. Their obsession with Tilly's couture designs will be their ultimate unravelling, and Tilly's final triumph.

The Dressmaker can be linked to studies of Year 10 English and History.