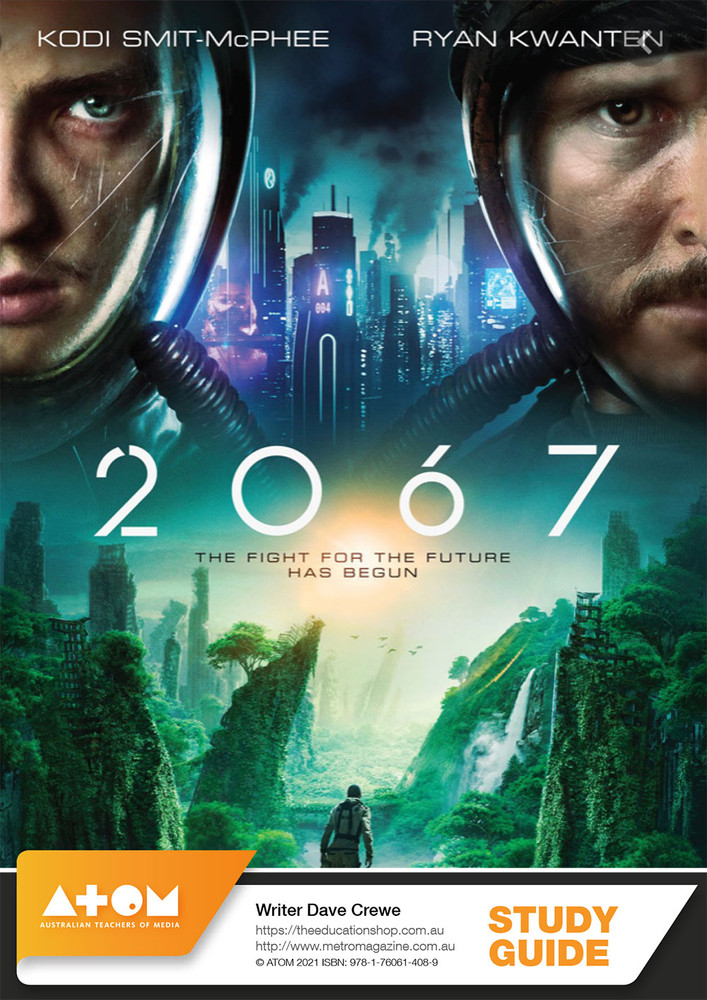 The modern world operates on technologies to make living more convenient than any other time in history. The cost of this convenience has been a dramatic reduction in available oxygen, as all of the world's forests have been eradicated. This is a world without trees. Food is synthesized in industrial plants and synthetic oxygen is delivered via oxygen masks. Human's sprawling metropolis is smothering the earth. After years of doing too little to reverse climate change, humans are paying a terrible price. In this grey, dying world, the synthetic oxygen people breathe through masks has begun to make them sick. With no cure in sight, the only place humanity can look for help is to the future – in the hope that people are still alive and can tell them how to save the planet.

Chronicorp, the world's leading supplier of oxygen, has spearheaded that project. Designed by Dr Richard Whyte, Chronicorp have built a quantum machine to dispatch messages to the future in the search for signs of life. One day, they receive a message from 400 years in the future: 'Send Ethan Whyte.'

Ethan is Richard's son and a utility worker at Chronicorp; preferring to remain as far as possible from the scientific world of his late father. Besides, his sole focus now is to support his wife Xanthe, whose health is rapidly declining from the oxygen sickness. But the future asked for him, and people are alive there. Ethan is defiant – why him?

With encouragement from Jude, his surrogate big brother, and promises from Chronicorp that they will help Xanthe, Ethan barrels into the future as humanity's last hope. He arrives into a new world... completely alone. Ethan was led to believe that the future would give him answers, but there are only more questions: if he's the only one here, who sent the message? In order to find a solution, Ethan must dig into his mysterious past and uncover the truth about his mother's murder, the father who abandoned him, the company he works for, and the truth behind his friendship with Jude. As he draws closer to the truth and uncovers an unthinkable conspiracy, he is faced with the ultimate question – is there a way to save humanity and the woman he loves?

2067 is suitable for students undertaking:

with further links to the Cross-curricular priority of Sustainability

The film 2067 contains coarse language, violence and other potentially-distressing content – this Study Guide is intended for students Years 9 and up.

Providing a content warning and receiving parental permission is recommended before screening 2067.

The DVD of 2067 is not included in the Study Guide material.