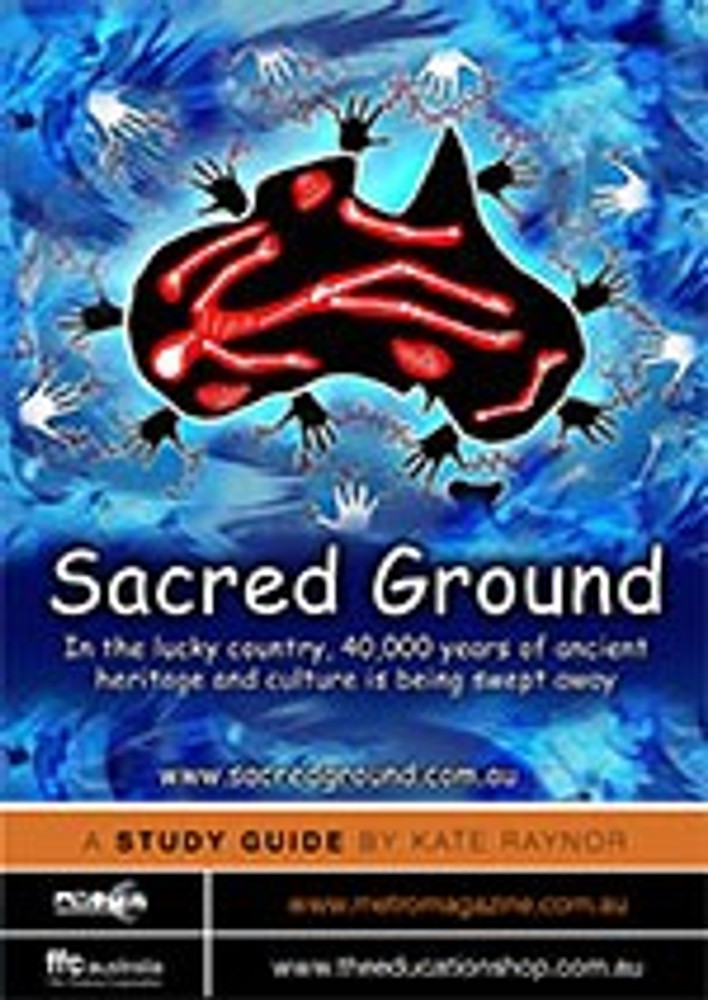 Kim Mavromatis' documentary, Sacred Ground (2007), shines a glaring spotlight on the terrible chasm of understanding that yawns between black and white Australia. The film commences in 2002, the year in which mainstream Australia celebrated the bicentenary of the expeditions of Matthew Flinders and Nicholas Baudin, and their meeting at Encounter Bay (Encounter 2002 Celebrations). At Black Point on Yorke Peninsula, a remote coastal region of South Australia steeped in Aboriginal history and significance, ancient human skeletal remains are discovered by Adjahdura blackfella, Quenten Agius. Black Point has been earmarked for a major, multi-million dollar development, but the remains indicate the existence of a sacred burial site; two worlds are about to collide.

Sacred Ground is a poignant and deeply moving story of resilience, dispossession and powerlessness, a story punctuated by outrageous acts of white insensitivity, ignorance and disrespect towards Aboriginal culture. Five years in the making, it is testament to the filmmaker's commitment, and to the endurance and perseverance of the Agius family in their long and bitter struggle.