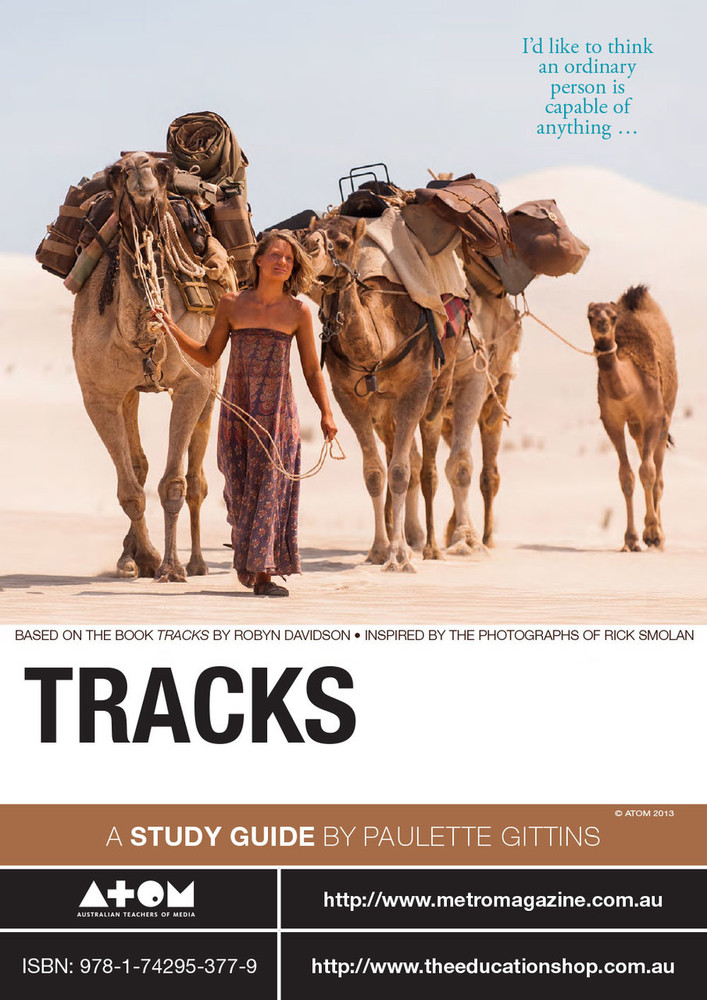 It was very soon after publication of Tracks that Robyn Davidson was first approached about a film version of her phenomenal journey. Emile Sherman, Oscar-winning producer of The King's Speech, explains:

Tracks is one of those books that pretty much every Australian knows. It's sort of a seminal Australian story: it was actually on the school syllabus for many years. I always thought it was one of those big stories that was set in Australia … It's very pertinent and current to the world today …

Robyn was consulted on the film from the early stages, but was always happy for the film to be its own creative work. So much of the character of the author can be observed in her portrayal by Mia Wasikowska: her strong sense of independence and self-reliance, her love of family but preference for solitude, her dislike of being in the spotlight, her love of animals and her principled defense of Indigenous Australians.

This study guide aims to acquaint us with the storyline, characterisation and cinematic elements of Tracks; to draw comparisons between the original text and the film version; to examine the issues raised by the film and consider its contemporary relevance; and to link the film to appropriate areas of study as a supplementary text.

On the Tracks (ATOM Study Guide)