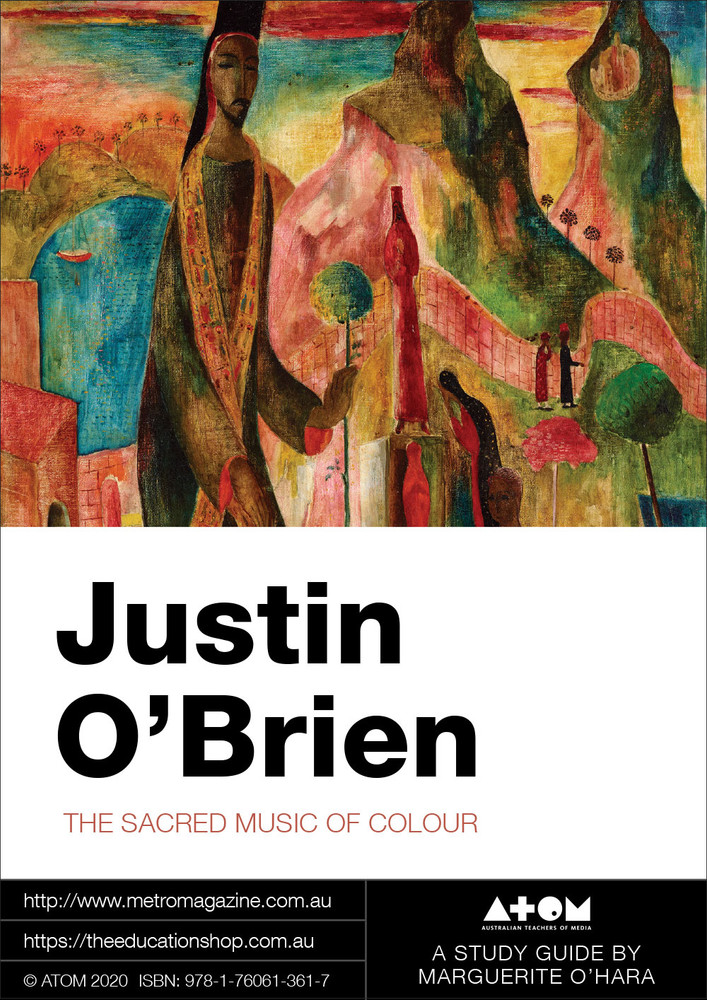 Justin O'Brien - The Sacred Music of Colour traces Justin O'Brien's artwork from his earliest days in Australia in the 1940s where he was learning his craft to his final years in the latter part of the 20th century. Works that influenced his own style are referenced in this film; O'Brien, colleagues, curators and friends describe his approach to painting and the artworks that he so admired.

As we learn about places and artists that influenced his creativity, we are also introduced to many of his paintings. Several of his works are shown through film footage of a 2010-2011 retrospective of Justin O'Brien's work at the Art Gallery of New South Wales.

We learn about how O'Brien referenced religious imagery in his art. The art of Christianity, especially that of the 15th and 16th centuries was a major inspiration for Justin O'Brien. We also see footage of him in Rome where he lived for many years amongst the great Italian Quattrocento artworks that so influenced his own paintings.

Several people recount their memories of Justin O'Brien in the documentary, including Barry Pearce, Emeritus Curator of Australian Art at the Art Gallery of New South Wales who co-created the 2010-2011 exhibition of his art.

Responding to paintings provides students with the tools they need to describe, analyse, interpret, and evaluate works of art. Viewing these works can also help students to develop their own style. Understanding influences in an artist's experiences provides an important context for appreciating the artist's creative development.