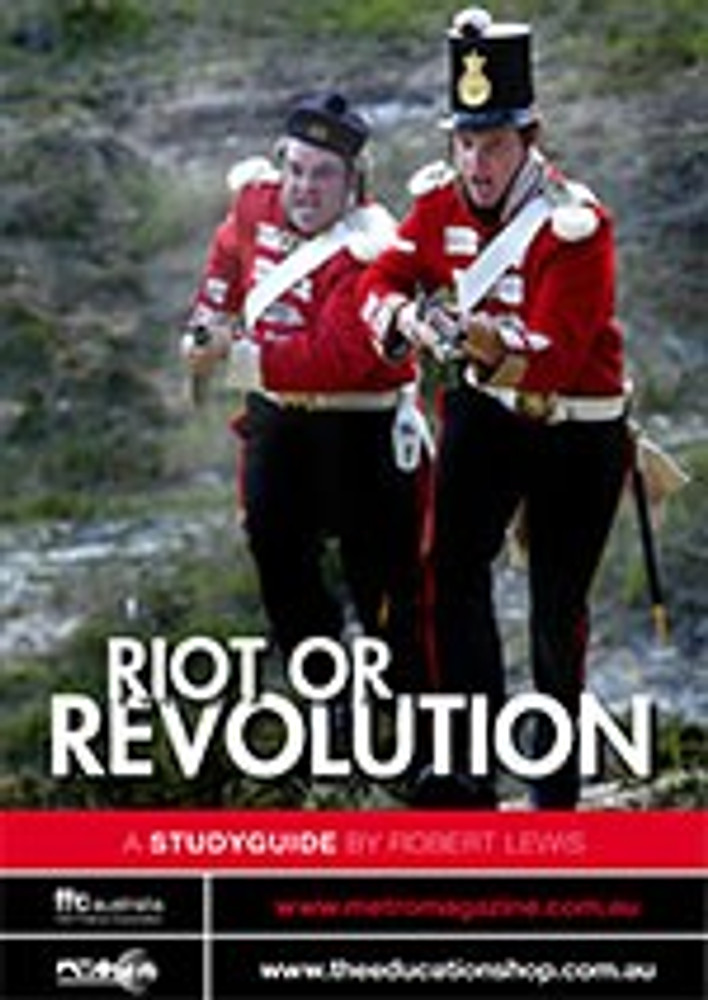 Riot or Revolution (Don Parham, 2005) is a documentary film about the Eureka Stockade – the only time in Australian history when armed forces have clashed violently under opposing flags.

In the battle on 3 December 1854, the rebel leader Peter Lalor lost his arm and the stockaders lost their fight. But within a year, Lalor proudly took his place in the Victorian Parliament and Governor Hotham was dead. This turnaround symbolises the death of the colonial era in Australia and the birth of something new.

Most of us are familiar with the solemn oath sworn by 500 armed diggers and their leader, Peter Lalor, as they unfurled the rebel flag at Bakery Hill – 'We swear by the Southern Cross to stand truly by each other, and fight to defend our rights and liberties.' The original rebel flag now hangs proudly in the Ballarat Fine Art Gallery. It has become a holy relic, housed behind special glass in a darkened chamber. Thousands file past it with an air of solemnity, reinforcing the sense that Eureka is more than a great story, it is a sacred site.

Riot or Revolution looks at the real causes of Eureka and asks what its meanings and messages are for us today.

Some say Eureka was the birthplace of Australian democracy; others, that it was no more than a glorified riot. Perhaps it was a battle between rationalism and romanticism, constitutional reform versus revolution. While debate about Eureka will go on, most would agree about one thing — that Eureka defined how we would resolve our differences, and in that sense, what sort of society we would become.