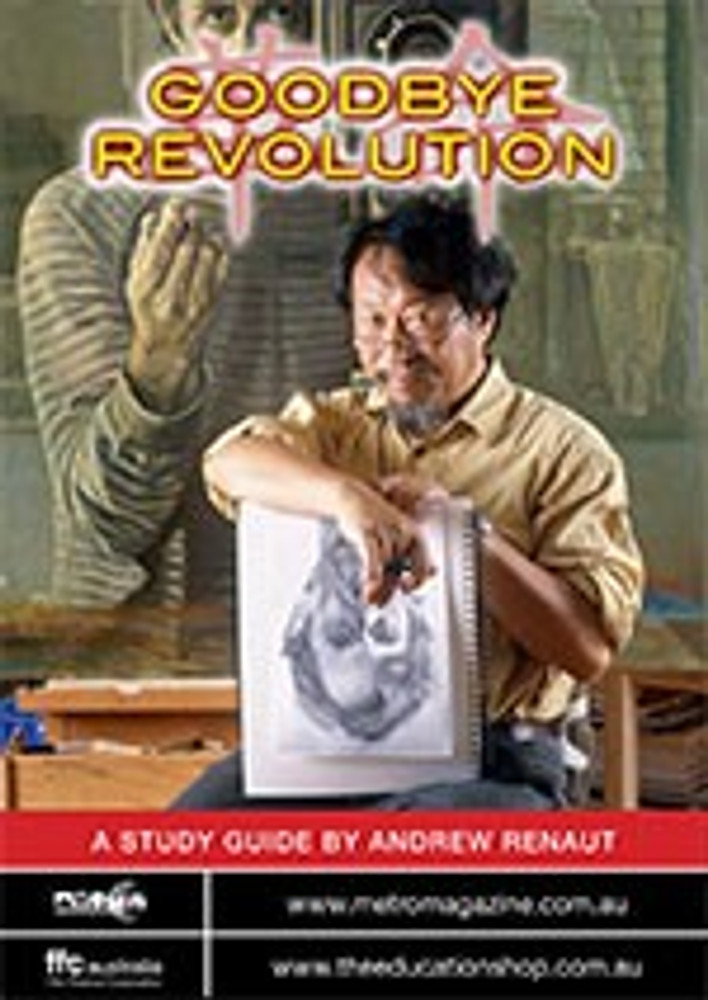 Sometimes we see a piece of art and wonder about the artist; just who are they and where did they learn their unique style? When filmmaker Esben Storm, who was born in Denmark, heard that Chinese artist Shen Jiawei had painted an official portrait of Princess Mary to present to the royal family of Denmark his interest was roused. Then, in 2005, Storm read an article by Sydney Morning Herald journalist Nick Galvin that told the story of Shen's long march as a portrait artist from Beijing to Bundeena and he decided to approach Shen to recount his varied life in China and how he had developed his career as an artist in Australia.

Goodbye Revolution is the result. A fifty-two minute documentary film telling the story of Shen's journey through life in China and his move to Australia in 1989. Shen is a well respected artist whose paintings were used as propaganda by the Communist Party in China, have been selected as a finalist eleven times in the Archibald Prize, won the coveted Sulman Prize, and have become part of the Guggenheim Collection.

Shen was born in Shanghai in far-eastern China in 1948, just months before Mao Zedong completed his Long March revolution which brought China under control of the Communist Party. Shen's early life with his parents and sister was conventional, but his final year of high school was cut short by the Cultural Revolution which pitted young people – gathered into an organization known as the Red Guards – against old ways of thinking and an older generation unsympathetic to Mao's leadership. Like many young Chinese people at the time, Shen became a member of the Red Guard, before the movement was replaced by the Down to the Country Movement of 1968. Shen was sent to the north to work on a farm in 1970. Shen was recognized as a skilled artist not long after and worked for various government and army departments as an artist until the death of Mao Zedong in 1976 when the universities were reopened.

Once the art schools were re-opened Shen gained formal tertiary qualifications in art and became a teacher. It was as an art student that Shen met his future wife Wang Lan, who because of the political leanings of her parents was doomed to work as a farm or factory labourer. Wang Lan is now a successful artist in her own right. In 1989, Shen accepted an offer to visit Australia, leaving his wife and soon-to-be-born child shortly before some of the biggest political protests China had experienced since the Communist Party gained power in 1949.

In April 1989, Shen arrived in Australia with $45, yet the next day earned $50 working on the foreshore of Sydney Harbour painting portraits of tourists. He worked in this role for three years, learning English and making contacts in art circles, before his wife and child arrived in Australia to join him.

Today, Shen opens his garage studio on the first Sunday of each month for the regular artists trail in the small town of Bundeena south of Sydney where he and his artist wife live. Commissions for Shen's paintings cost upwards of $30,000. He has been a finalist in the famous Archibald Prize, won the Sulman Prize and painted an official portrait of Princess Mary of Denmark. He has works in the National Portrait Gallery in Canberra and the Guggenheim Collection in New York.