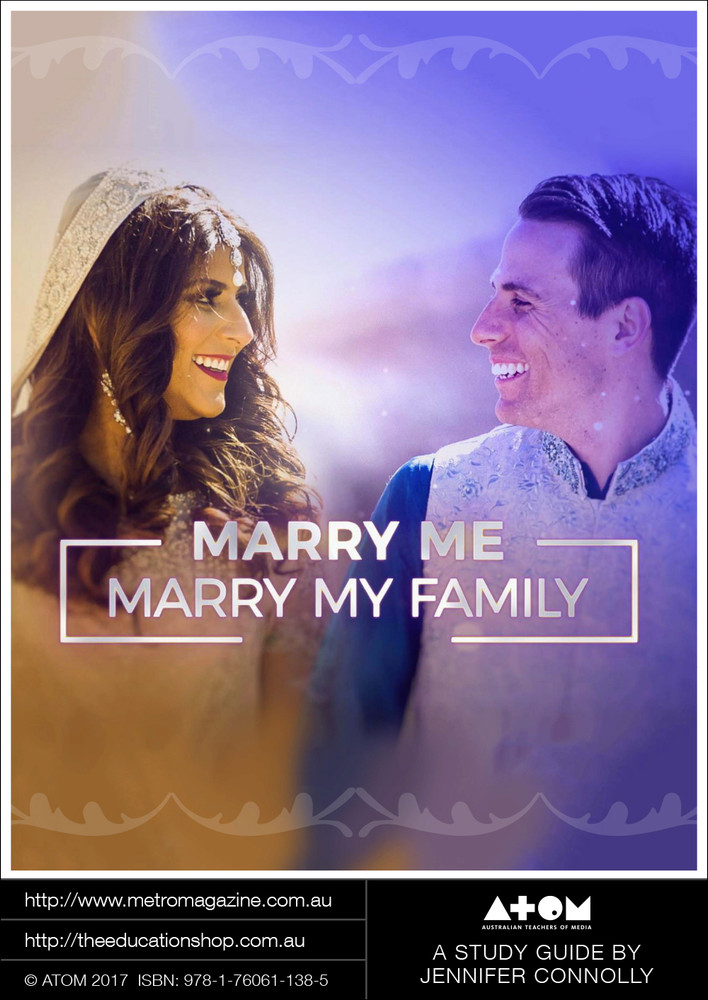 In 2014, one in three couples married in Australia were born in different countries – 40,000 of our 120,000 weddings involved a blend of different religions, traditions and cultures.
It's happening every Saturday across the country, and the numbers are rising.

But the path to wedded bliss in these multicultural mixes is not always smooth; it's a case of cross-cultural courtship, conflict and eventually a celebration. This is a post-multicultural story, revealing Australia's further steps towards the effortless cosmopolitanism of the modern globalised world.

Marry Me, Marry My Family is about the battle to maintain cultural identity in a new country while also trying to integrate. Plus, it's a twist on that very familiar Australian theme of second-generation migrants moving away from their parents and blending further into Australian society. These are marriages between the children of the post 70's migration waves, and they are not just marrying into the dominant white Anglo culture – they are marrying across immigrant cultures.

Marry Me, Marry My Family is loud and fun, it's full of garish colour, of laughter, tears and chaos. It's a love story, it mostly has a happy ending - though there are times when we wonder if we'll ever get there. It's easy to watch, it's not worthy gruel – this is pure wedding cake – dazzling sweet icing on top with some hefty fruitcake beneath!

It's a story of multicultural Australia right now, a snapshot of 2017.

It's an update on how multiculturalism is working... the story of the brides and grooms parents who came here 20 or 30 years ago.

And it's a look into the future – these blended marriages, the children of these unions - they are a peek forward into Australia 2037, the new demographics and new attitudes of the nation that waits for us in the next generation of wedding vows.

Marry Me, Marry My Family is suitable for Secondary students in Years 10–12. The series would also have application as part of tertiary courses. Teachers are advised that there is an example of coarse language in Episode 1 and references to the Romani (Gypsy) Blaga Rakija ritual in Episode 2.

General understandings addressed in the film:

Summary of links to the Australian Curriculum:

ATOM has also produced a study guide for Marry Me, Marry My Family - Series 2. This study guide is available for download here.