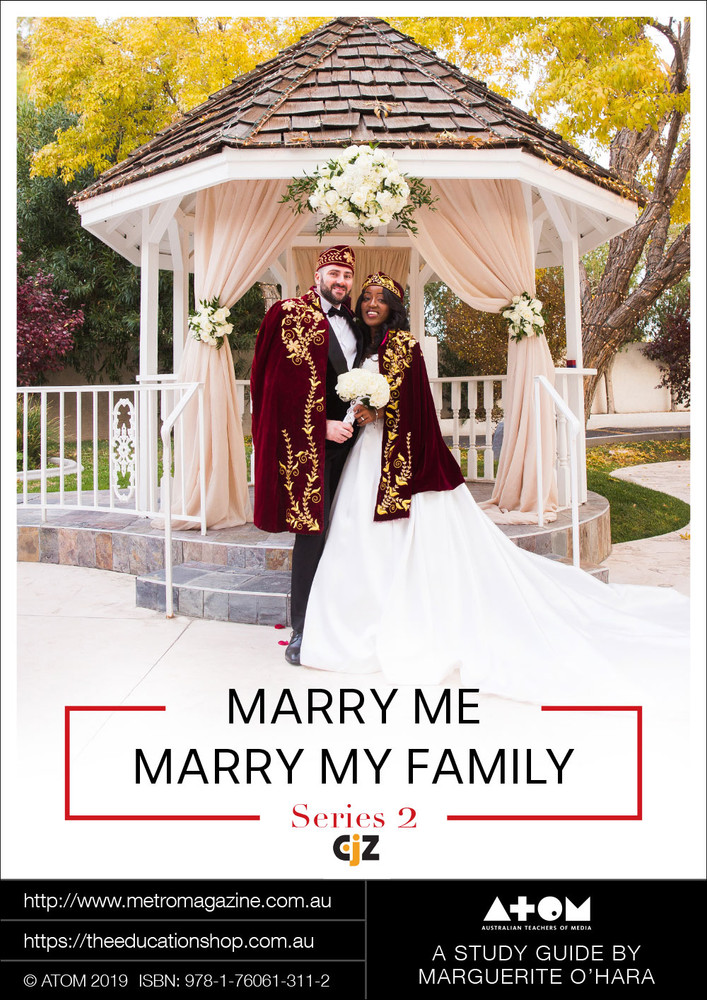 In 2017, one in three couples married in Australia were born in different countries – 36,000 of our 112,000 weddings involved a blend of different religions, traditions and cultures. It's happening every Saturday across the country, and the numbers are rising. But the path to wedded bliss in these multicultural mixes is not always smooth; it's a case of cross-cultural courtship, conflict and eventually a celebration. This is an observational documentary showing how important family traditions and obligations are during a milestone moment.

Marry Me, Marry My Family is a snapshot of multicultural Australia right now. Our families come from all over the globe – Africa, America, Asia, Europe and Australia. There are those that have fled war to be here, some are economic migrants and some have been in Australia for many generations. What they all share is a dilemma about how much their weddings should reflect their history. And when two strong families come together, there is a struggle to work out whose history is more important.

Some of our participants are second-generation migrants moving away from their parents and blending further into Australian society. For a Hindu father, inviting a thousand guests from his Fijian Indian community, including his mechanic and his accountant, is priority. For his daughter, who grew up in Australia, wanting only close family and friends is more important. The battleline is drawn and we watch it play out.

Others are refugees or recent migrants, breaking away from the rules of the old country, in their quest to become Australian. A Muslim groom from Pakistan is forced to choose between his family and the Catholic woman he has fallen in love with.

And it's a look at how we're shaping up after the passing of the historic Same Sex Bill in 2017, as two grooms wrestle for control over wedding plans.

Marry Me, Marry My Family is loud and fun; it's full of garish colour, of laughter, tears and chaos. And at times, we wonder if any of them will ever make it down the aisle!

Marry Me, Marry My Family would be suitable for middle and senior secondary students. The series would also be relevant to tertiary students studying in Cross Cultural Studies areas, Religion and Society, Social Work, Psychology and students interested in becoming Civil Marriage celebrants (You must complete a Certificate IV in Celebrancy offered by a Registered Training Organisation, such as TAFE).

These stories provide rich studies of some of the best aspects of cultural identity between different cultures and beliefs and same-sex marriages. Weddings may be big or small, conventional or original, but they are all public statements of partnership and commitment. Weddings may be challenging but are mostly entered into with optimistic intentions by the couples and their families.

General understandings addressed in the film:

Summary of links to the Australian Curriculum:

ATOM has also produced a study guide for Marry Me, Marry My Family - Series 1. This study guide is available for download here.