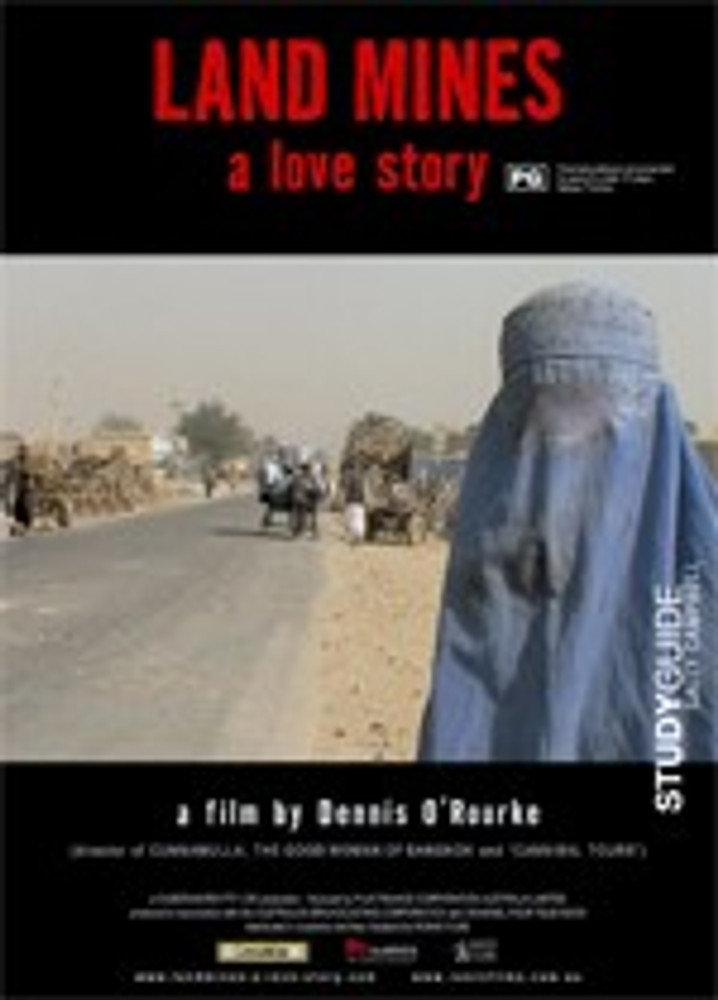 Land Mines – A Love Story is a compelling 2005 documentary suitable for secondary students by Dennis O'Rourke, one of Australia's most respected filmmakers. Key themes that emerge in the film and which are explored in the study guide are: poverty, disability, landmines and unexploded ordnance (UXO), gender, politics and war.

The film is the story of Habiba and her husband, Shah, who live with their young family in the war-torn city of Kabul, Afghanistan. Both Shah and Habiba are landmine survivors. Shah is a former Mujaheddin soldier who stepped on a landmine during combat, while Habiba lost her leg chasing a cow on the outskirts of a minefield. Plagued by their struggle to feed their children, Habiba turns to begging on the streets of Kabul, and Shah takes a small loan to begin business as a cobbler. Despite their struggle to survive, their story is one of powerful matrimonial love and hope for the future. Land Mines – A Love Story is about human dignity in a context of acute poverty and suffering caused by years of war. Set in 2002 during the American invasion of Afghanistan, the injustices inflicted by armed conflict on ordinary people is the core focus of the film.

The study guide examines the social and cultural context in which the conflict in Afghanistan has occurred when America invaded and the Taliban responded and challenges students to think about the moral issues of the war and how landmines affect ordinary people in conflict zones. The history of the conflict is also described and how the USA and other western countries have become involved, both in the war and in trying to bring an end to it.

Curriculum Links:
This film will be of interest to teachers and students from middle to senior secondary school in the following subject areas: