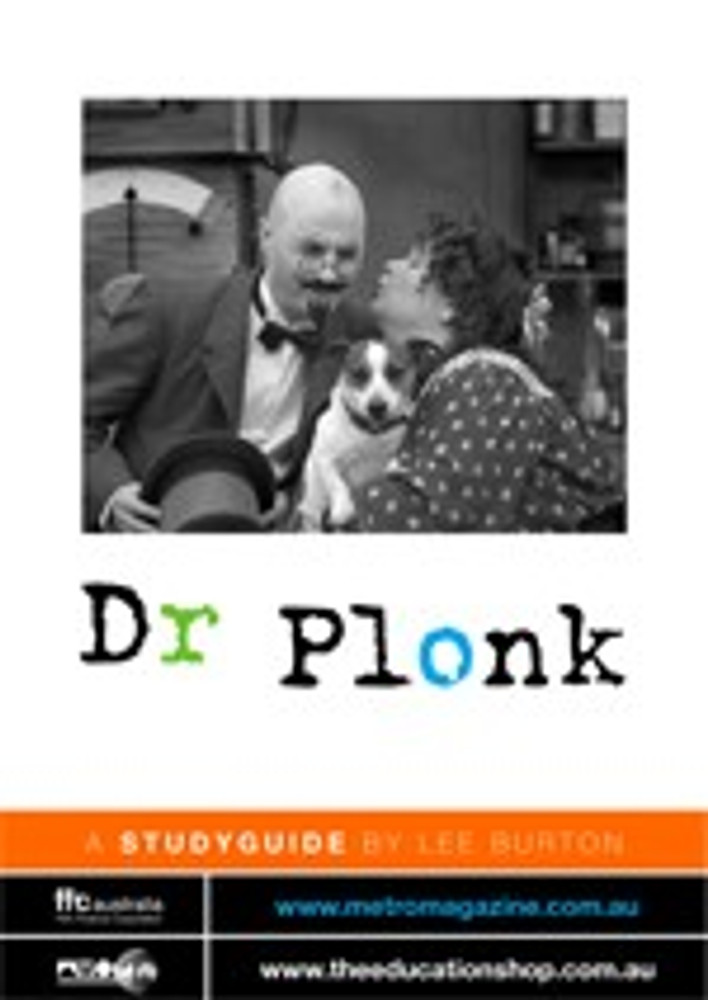 It is the year 1907. Dr Plonk, famous scientist and inventor, works away in his laboratory, trying to make sense of the world. He is poorly aided by his deaf mute assistant, Paulus, who has to be constantly biffed and kicked to keep him working. Then there are interruptions by the round and vacant Mrs Plonk, who has the attention span of a gnat, and Tiberius, a highly active terrier dog obsessed with spherical objects. After Mrs Plonk slips on a banana skin discarded by Paulus, many chases eventuate with little science proceeding. The homage to the narrative style of silent slapstick comedy films is set.

One fateful day, Dr Plonk's car runs out of fuel, leading Dr Plonk to a series of discoveries. Many calculations later, Plonk's 'researches', in the form of vast quantities of sheets of paper full of equations, lead him to the conclusion that 'the world will end in 2008'. Convincing Paulus and Prime Minister Stalk and his advisers is impossible. There is only one solution – invent and build a time machine to collect the proof. And so he does in a trice, as happens in silent movies! The film from now on moves back and forth between the time of Plonk's experiments with his time machine and 100 years later when he tries to warn the world of looming apocalypse.