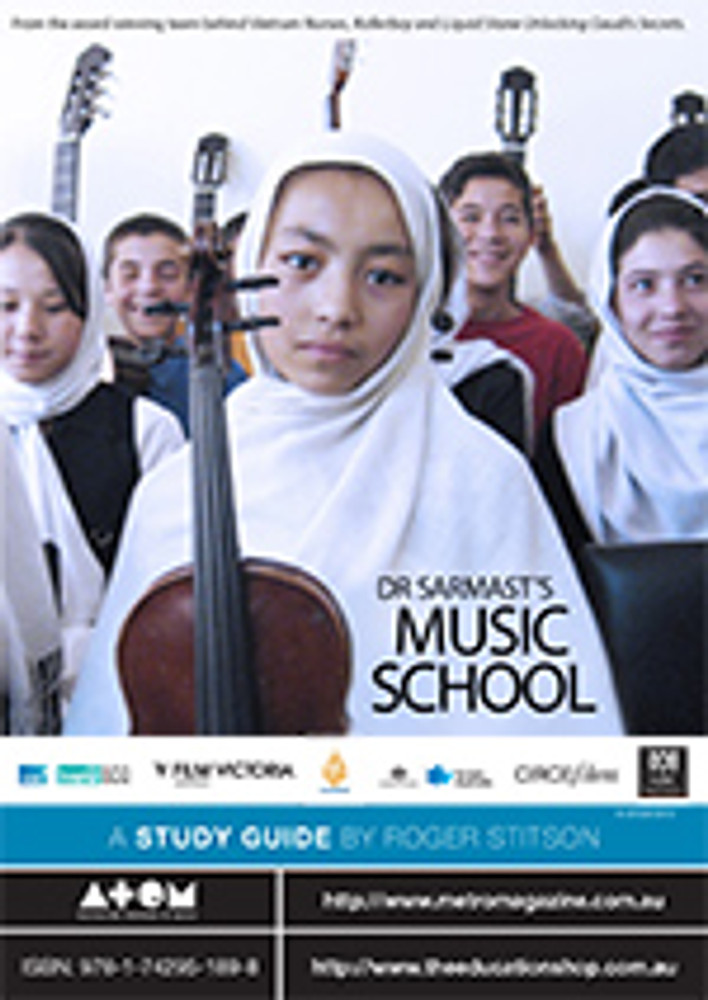 In the semi-dark rooms of the old Kabul music school, students persist with broken instruments, no syllabus and no specialist teachers or facilities – trying to express the art that they love. After thirty years of conflict and a loss of musical rights during the Taliban regime, the musical culture of Afghanistan has been devastated. Despite all the rebuilding in the country, there's little being done for music. Afghanistan doesn't even have an orchestra capable of playing their national anthem.

In the midst of this despair, musicologist Dr Ahmad Sarmast undertakes to transform the old school into the first and finest national music institute of Afghanistan. When the new school year begins in the spring of 2009, the students are full of hope that finally things will change.

Believing in the healing power of music, Ahmad is also determined to bring street kids and orphans to the school, to transform their lives through music. After managing to enrol the first street kids, Ahmad is optimistic. Despite this positive change to their lives, coming to school means they are unable to work on the street to help their families survive, and the transport costs alone present a big problem. Without their meagre daily income, they may have to leave.

The renovations begin, but there's nowhere to house the students. Not to be deterred, Ahmad organises tents so that students can keep learning music and not lose any more time. Slowly, as he strives to resolve each obstacle, more street-working kids enrol.

Despite the sweltering heat of Kabul's summer, the lessons continue while Ahmad focuses on re-establishing a national orchestra. But construction is dusty and noisy and creates problems. There's nowhere to rehearse and they still don't have the instruments he has promised, because there's no place to put them until the renovations are completed. The students have pinned all their hopes on Ahmad, but can he do what he says he can?

Transforming the school proves much slower and harder than Ahmad first imagined. He faces constant construction and logistical obstacles and he realises he's going to have to stay in Afghanistan much longer than planned, otherwise everything he's achieved could collapse.

In the spring of 2010, the renovations are almost complete and the first international teachers arrive. There's an air of excitement, but anxiety starts to build as the three truckloads of new instruments promised more than a year ago still have not arrived ... then Ahmad has to deal with the subcontractors, who have used very poor quality materials in the building. If he doesn't deal with this quickly, he may be considered corrupt. On top of this, Ahmad is frustrated because, despite all the support they have been given, some of the kids who used to work on the streets are falling behind.

Against the backdrop of ongoing conflict, in a country where music is still under attack from some parts of society, will Ahmad be able to realise his vision to return the musical rights back to the children of Afghanistan?