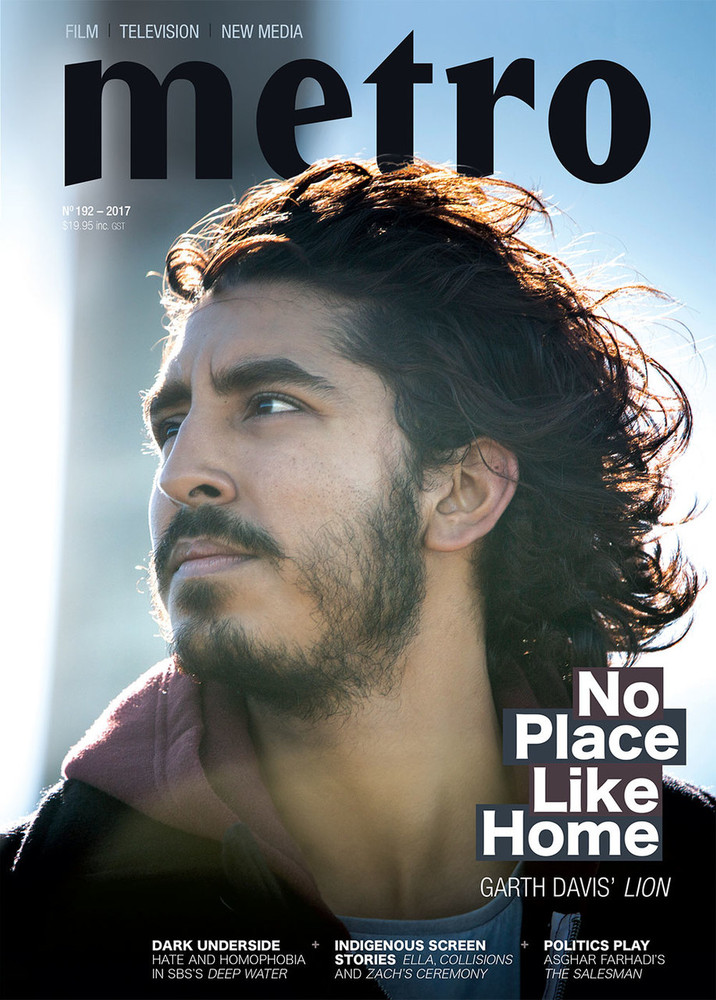 Australia on the Small Screen
Dredging Up Crimes of the Past: Homophobia and SBS's Deep Water' – Hanna Schenkel
'Can't Hack It on the Mainland: Rosehaven and Small-town Tasmania' – Alexandra Neill

Documentary
'Of Boys and Men: Masculinity, Fatherhood and Cultural Identity in Zach's Ceremony' – Hanna Schenkel
'Impoliteness and Destruction in the Encapsulating Frame: Lynette Wallworth's Collisions and Virtual Reality' – Kit Macfarlane
'Seeing Other Lives: Andrew Wiseman's On Richard's Side and Disability on Screen' – Tim Kroenert
'Dog Day, Every Day: Gillian Leahy's Baxter and Me and the Essay Film' – Adrian Martin

Industry Perspectives
'Tale of a Luminary: The Shine Campaign' – Andrew Pike
'What Are Our Stories Worth? Value, the Culture Wars and the Screen Currency Report' – Lauren Carroll Harris