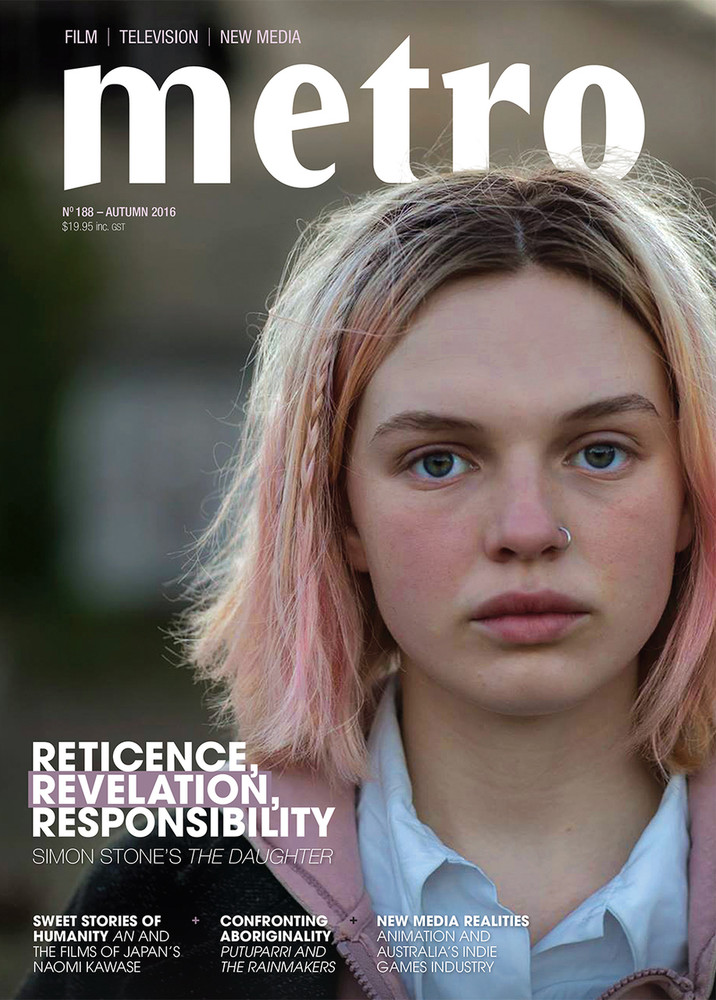 Documentary
'The More You know, the Less You know: Putuparri and the Rainmakers' – Thomas Redwood
'Reclaiming Resistance: Shock Room and the Problem of Documentary "Truth"' – Hanna Schenkel
'The Tyranny of the Unspoken: The Silences, Autoethnography and Mental Health' – Kit MacFarlane
'Songs of Sadness, Songs of Love: Marsha Emerman's On the Banks of the Tigris' – Brian Yatman
'Animating Gallipoli: leanne Pooley and Matthew Metcalfe on 25 April' – Oliver Pfeiffer

Critical Views
'The Animation Manifesto; or, What's Animation Ever Done for Us?' – Paul Wells

Industry Perspectives
'The Audience's Worth: Crowdfunding as a Source of Film Finance' – Rebecca A Laycock
'Sharing the Controller: Armello, Push Me Pull You and Australian Indie Games' – Leena van Deventer