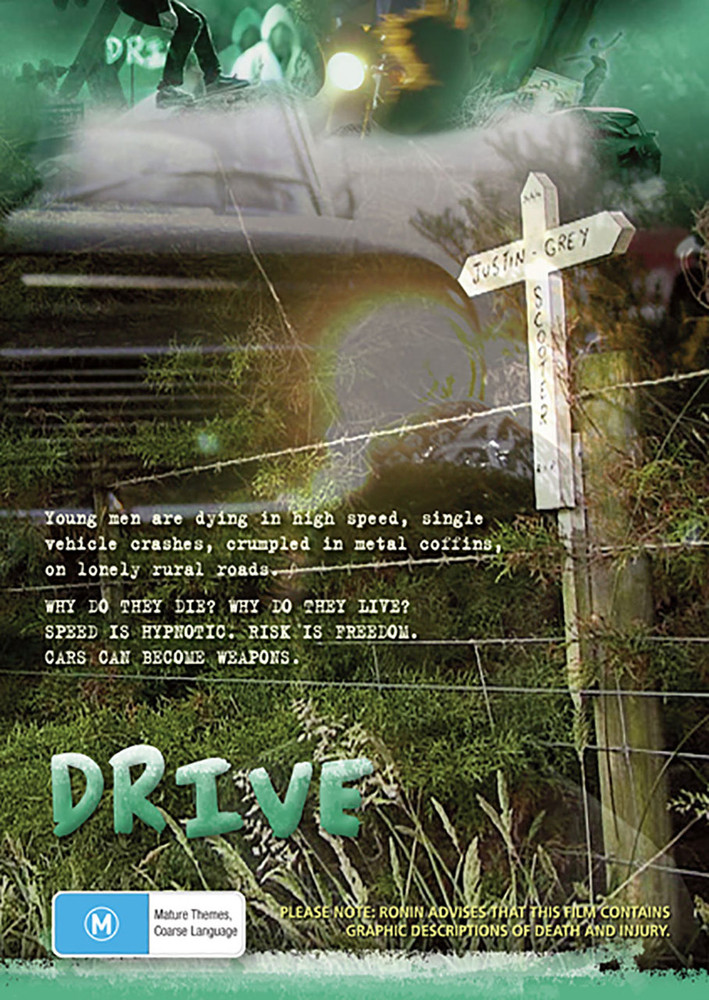 Tasmania lays claim to Australia's highest rate of road fatality. Young men are dying in high speed, single vehicle crashes, on lonely rural roads. Drive is a film about the darker side of emerging Australian culture; about every young man's quest and struggle to understand his insides. Turn seventeen and gain your license. Turn eighteen and gain the legal right to drink alcohol. Drive is about more than manhood, it is about a cultural addiction to destruction.

Scattered across the picturesque North West Coast of Tasmania are memorials to those who have died on the roads. These sites are often well maintained over many years by those who can't forget. Shrouded in the grief that’s tearing communities apart are the young men’s peers, still grappling with their own future and identity.

Lincoln, twenty-four, regains consciousness, car ripped to pieces around him, to the sound of his passenger's final blood-curdling scream from the seat beside him. Justin, twenty-two, a drunken passenger in a car driven too fast by a drunk driver is thrown to his death. Aaron, nineteen, battles his fear of the juvenile justice system with drugs, booze and intravenous injections of brake fluid. Boden, nineteen, trades his skateboard for a mate's car and a drunken, speeding death, leaving behind his new-born son. On the verge of manhood and the throbbing brake-horse-power of first cars, Brad, sixteen, and his mates race headlong into danger above the four wheels of their skateboards.

Drive is the latest of Big hART's award-winning projects, engaging young men on the margins of their rural communities with camera and microphone to help them express their ideas. Projects create outcomes for participants as well as community volunteers and partners, building capacity, resilience and sustainability.

ATOM has also produced a study guide for Drive. This study guide is available for download here.