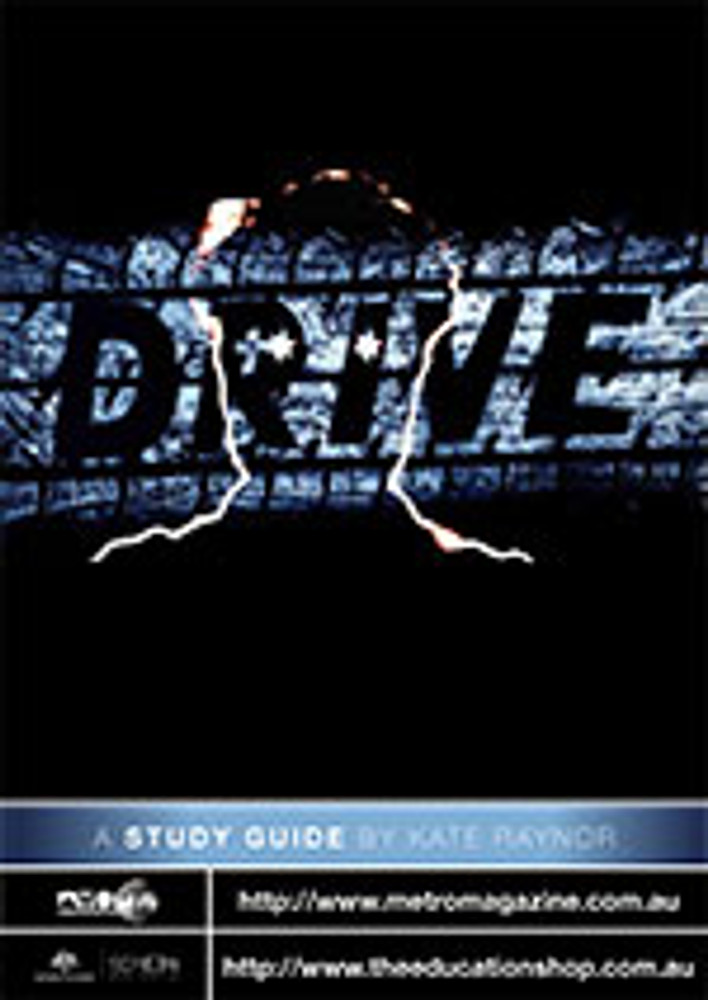 Drive begins with the following statement: 'In 1915, the biggest killer of young Australian males was Gallipoli. Today, the biggest killer of young men aged 18–25 is the road'. Later we learn the second biggest killer of our young men is suicide. Drive is a passionate, provocative and heart-rending examination of a culture that claims too many young lives. The film focuses on four key stories, all set in Tasmania's north west, and it touches on a range of complex and difficult issues. We meet 24-year-old Lincoln, who must live with the terrible knowledge that he killed his best friend Nathan (and his dog) in a road accident. We meet Justin's family and friends; he died at the age of twenty-two, a drunken passenger in a car driven too fast by a drunk driver. We learn of Aaron, dead at eighteen by his own hand after years of aimless drug abuse and petty crime. And finally we witness the profound impact of 19-year-old Boden's road death on all who loved him. The interview material with teenage boys and young men is gripping, and the subjects' candour and expansiveness is a credit to the filmmakers. The film never preaches and has no easy solutions to offer. Rather, it provides insights into the reality of life for so many Australian boys on the brink of manhood. It examines a culture in which excessive drinking and dangerous driving have somehow become normalised as the signifiers of masculinity. It gives us a deeply troubling snapshot of the ways in which our society is failing an entire generation, with sometimes catastrophic results. Only fifty-five minutes in length, the material covered in Drive resonates long after screening and is packed with cautionary tales: for parents of boys, for teachers of boys, for community and social workers, and for those who set policy on youth affairs, this is an exceptional and important film.

Drive is a difficult but rewarding film. It is a well-crafted documentary directed by filmmakers in command of the visual potential of their medium. The inherent drama and emotion of the material makes it engaging for young audiences. It could be used in the context of middle to senior secondary SOSE/HSIE, Personal Development/Life Education sessions, and English. Special boys' classes in particular could find this material very pertinent and stimulating. The film could also be used as an adjunct to tertiary social welfare and counselling courses.