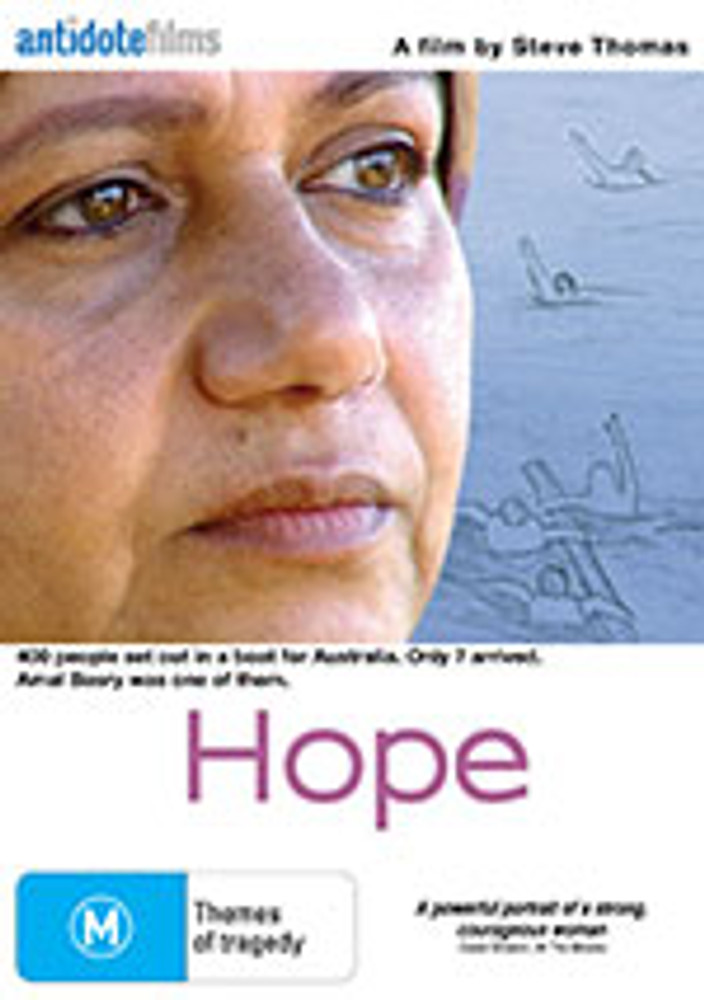 400 asylum seekers were pitched into the sea when their people-smuggling boat from Indonesia sank on its way to Australia in 2001. Three hundred and fifty three people drowned. Only seven survivors made it to Australia.

Amal Basry was one of those survivors, spending twenty-two hours in the ocean hanging on to a floating corpse, convinced that her son was dead and she was the only person left alive.

Acclaimed documentary-maker Steve Thomas records her life story as she fights to ensure that the disaster is not forgotten, to reunite her family and 'find what it was I lost in the ocean' ... Hope is an inspirational tale of family, and the search for a better life in Australia.

Hope in Children of Men