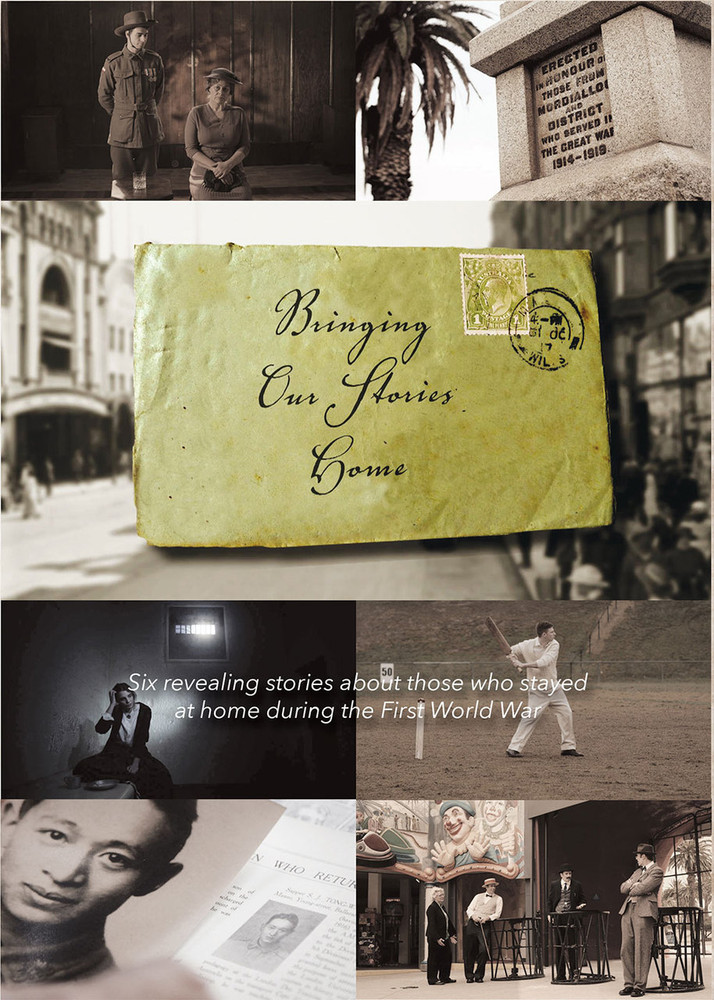 Bringing Our Stories Home is a series of six short films to commemorate the ANZAC Centenary, with funding provided through grants from the Victorial Department of Premier and Cabinet and the Federal Department of Veterans' Affairs.

Bringing Our Stories Home explores the untold stories of the First World War, focusing specifically on the impact felt at home in Australia, and the lasting effects of the war that shaped a nation.

Each story uses actors portraying real characters plucked from stories found in the newspapers and records of the time. However, rather than just simple recreations, these 'characters' are placed in the present-day location of their story in a style that captures something of the ghostly resonance of these stories in the present-day psyche. In addition to this, there are two distinct elements: firstly, the present-day equivalents of our key characters (the present-day president of the Templestowe Cricket Club, the present-day CEO of Luna Park, etc.) are allowed to interact with their predecessors across the span of a hundred years in a manifestation of how memory and the residue of significant events continue to affect us over time. Secondly, young people are included in various ways, reflecting on the stories as they become the new 'keepers of the past'.