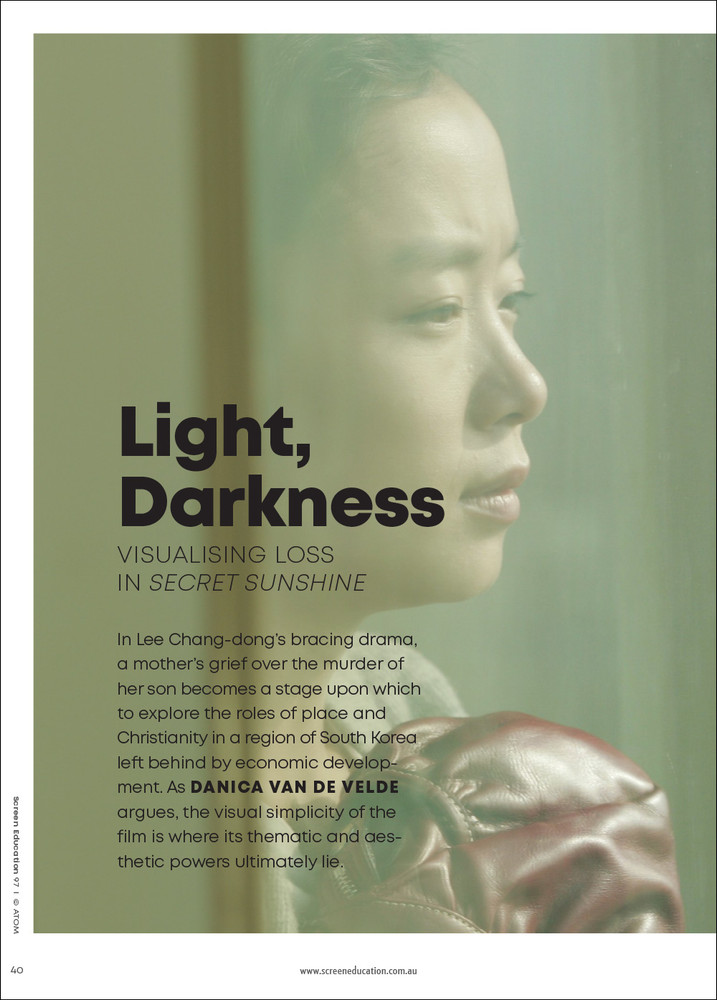 In Lee Chang-dong's bracing drama, a mother's grief over the murder of her son becomes a stage upon which to explore the roles of place and Christianity in a region of South Korea left behind by economic development. As Danica van de Velde argues, the visual simplicity of the film is where its thematic and aesthetic powers ultimately lie.

Left Hand of Darkness, The