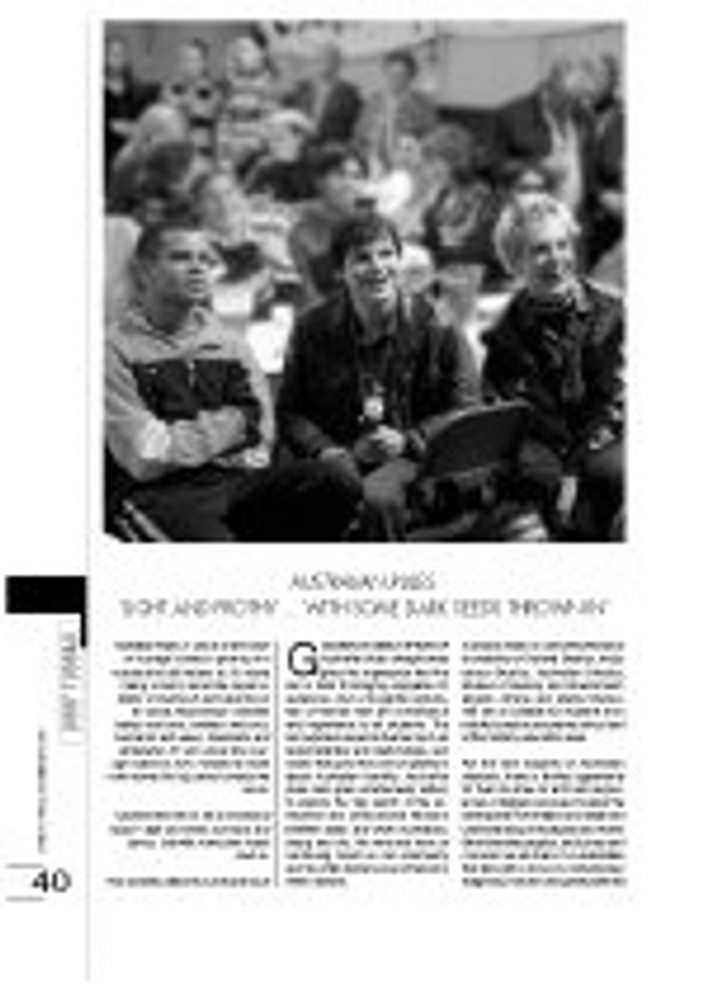 Australian Rules: 'Light and Frothy ...With Some Dark Seeds Thrown In'

Current Stock:
SKU: 00067-ASE30
'Australian Rules is about all the kinds of courage it takes to grow up in a country that still refuses to. It's about taking a stand, about the responsibilities of manhood and nationhood. It's about relationships: between fathers and sons, mother and sons, husbands and wives, blackfellas and whitefellas. It's also about the courage it takes to love. I wanted to make a film about this big secret country we live in. I planned the film to be an emotional hijack - light and frothy, laid back and joyous, but with some dark seeds sown in.'(Paul Goodman, Director). Libby Tudball analyses the creative and educational qualities of Australian Rules.'