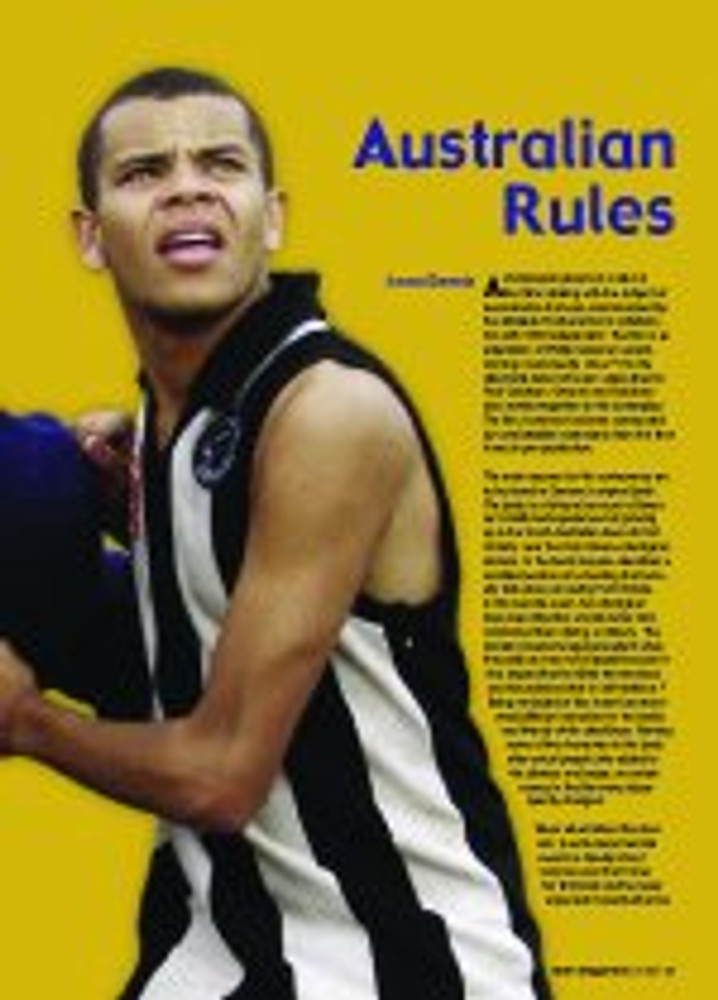 '"Australian Rules" is one of four films dealing with the subject of reconciliation that was commissioned by the Adelaide Film Festival 2002 in collaboration with SBS Independent. This film is an adaptation of Philip Gwynne's novel 'Deadly Unna?'. It is the directional debut of music-video director Paul Goldman. Gywnne and Goldman also worked together on the screenplay. The film, however, has been surrounded by considerable controversy from the time it was in preproduction. The main reasons for the controversy are to be found in Gwynne's original book.'

Australian Rules: 'Light and Frothy ...With Some Dark Seeds Thrown In'