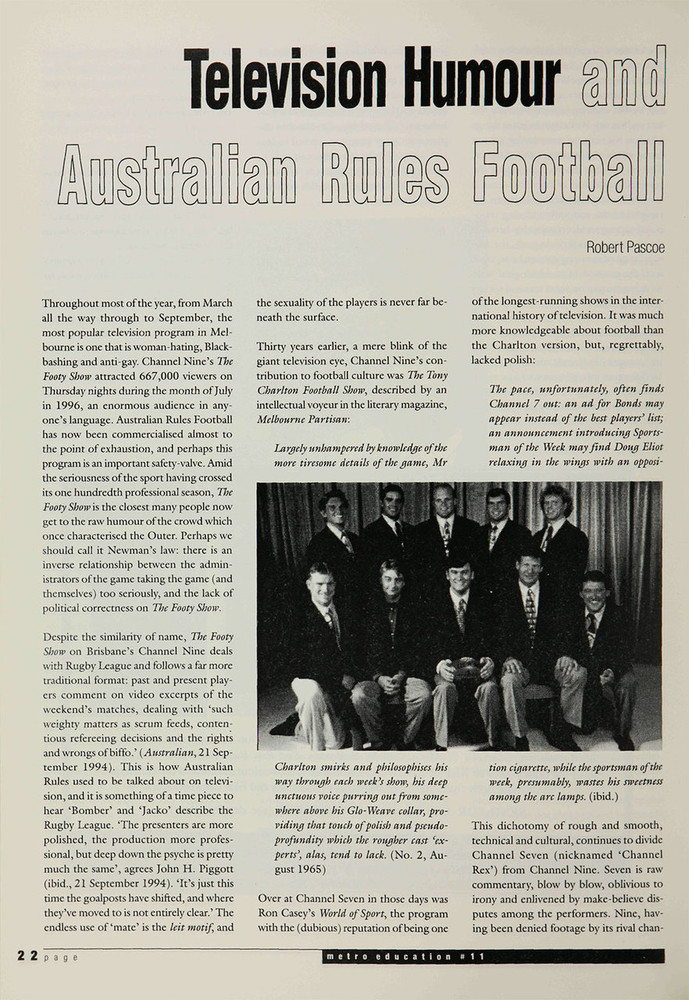 Throughout most of the year (at the time of writing in 1997), from March all the way to September, the most popular television program in Melbourne is one that is woman-hating, black-bashing and anti-gay. Channel Nine's The Footy Show attracted 667,000 viewers on Thursday nights during the month of July in 1996, an enormous audience in anyone's language.