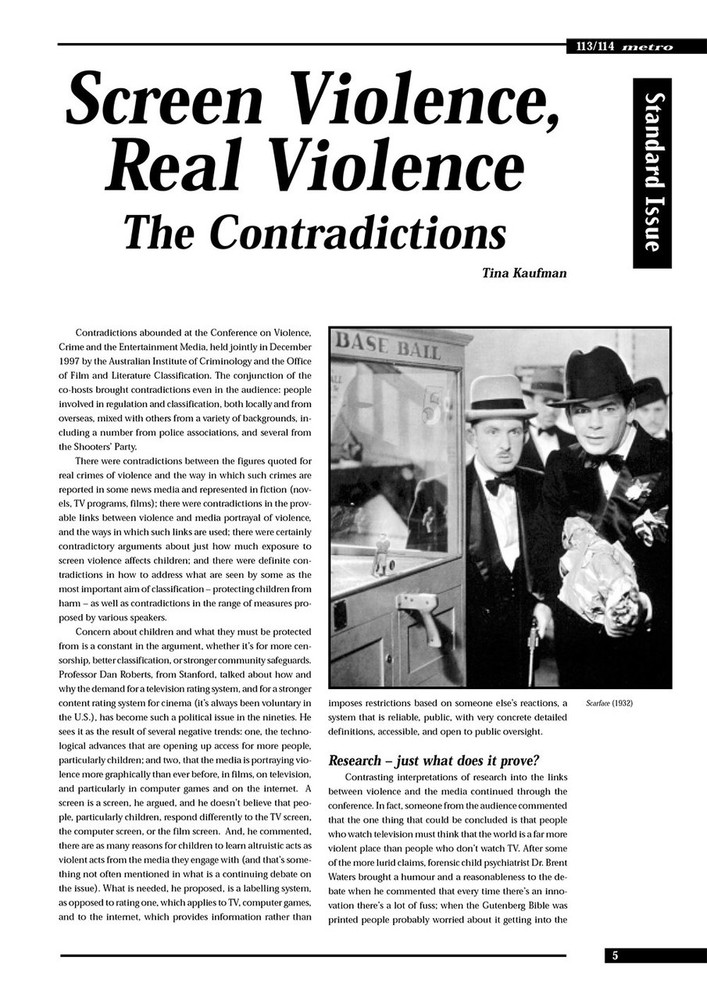 Contradictions abounded at the Conference on Violence, Crime and the Entertainment Media, held jointly in December 1997 by the Australian Institute of Criminology and the Office of Film and Literature Classification. The conjunction of the co-hosts brought contradictions even in the audience; people involved in regulation and classification, both locally and from overseas, mixed with others from a variety of backgrounds, including a number from police associations, and several from the Shooters' Party.