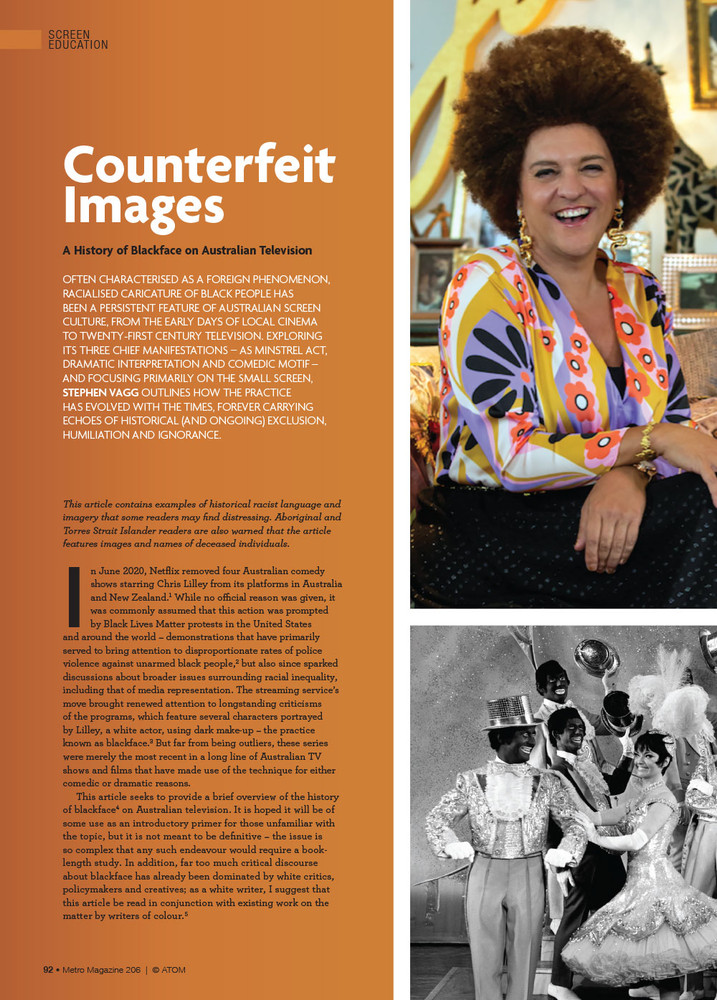 Counterfeit Images: A History of Blackface on Australian Television

Often characterised as a foreign phenomenon, racialised caricature of black people has been a persistent feature of Australian screen culture, from the early days of local cinema to twenty-first century television. Exploring its three chief manifestations – as minstrel act, dramatic interpretation and comedic motif – and focusing primarily on the small screen, Stephen Vagg outlines how the practice has evolved with the times, forever carrying echoes of historical (and ongoing) exclusion, humiliation and ignorance.