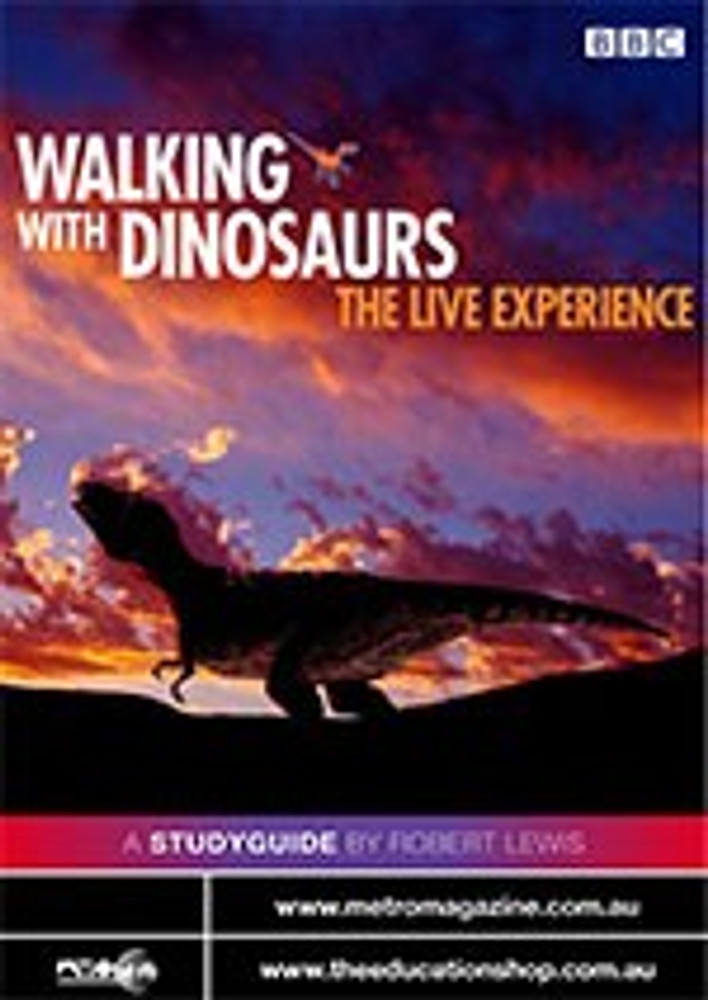 Walking With Dinosaurs (Tim Haines, 1999) is a 180-minute six-part series that recreates the world of the dinosaurs over a period of 155 million years.

With narration by Kenneth Branagh, each of the six half-hour episodes focuses on a specific period between 220 million and 65 million years ago. The episodes move from the earliest to the most recent in chronological sequence.

The series therefore provides a set of snapshots in time and place that tell the story of the coming of the dinosaurs, their way of life, their domination of the earth and their eventual extinction.

The dinosaurs are recreated through animation and realistic models, and inserted into filmed natural environments.

The series was based on the most up-to-date scientific evidence, as at 1999, but also uses typical nature documentary and story-telling features to create an engrossing and often dramatic narrative.

The series also has a DVD on the making of each of the six programs, or viewers can watch the series DVD version with a special feature turned on that explains how special effects were used to create many key moments.

Walking With Dinosaurs is a magnificent resource to use with a study of dinosaurs, or to illustrate some concepts of biological science such as adaptation, habitat and ecosystems.