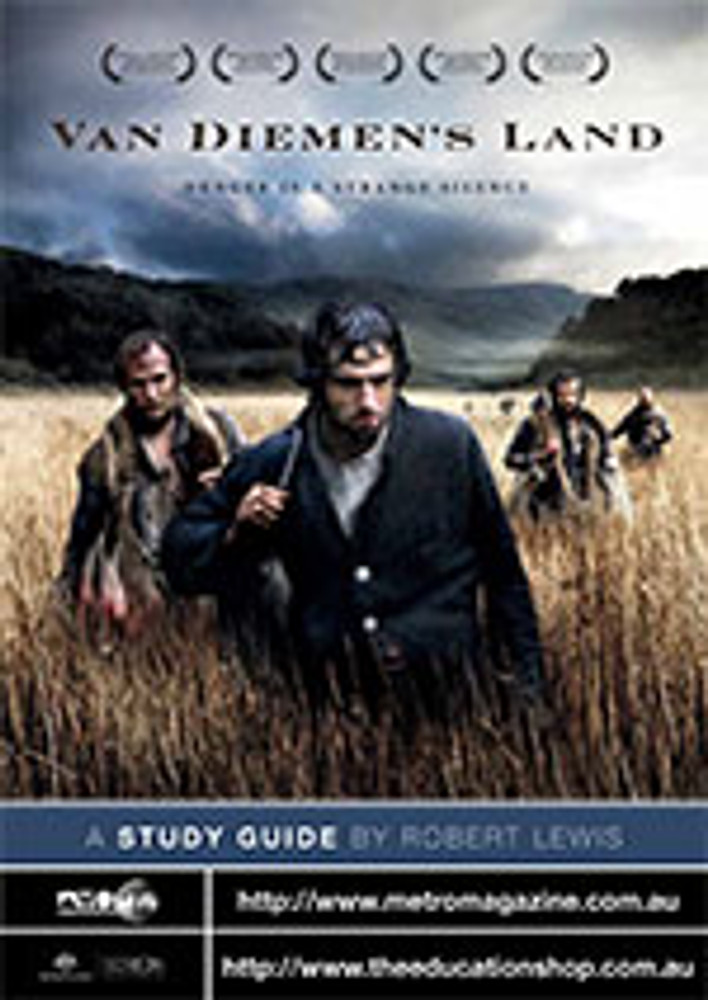 Van Diemen's Land (Jonathan auf der Heide, 2009) is a 104-minute feature film based on the true story of Australia's most notorious convict Alexander Pearce whose confessions were so confronting and horrific they were not at first believed.

A point of no return for convicts banished from their homeland, Van Diemen's Land was a feared and dreaded penal settlement at the end of the earth. The entrance to its remote station of secondary punishment, Macquarie Harbour, was named 'Hell's Gates' by its prisoners as a reference to the gates of hell in Dante's Inferno – Abandon all hope ye who enter here – was plastered at the Harbour's mouth as a warning to all souls sent there.

In 1822, eight convicts escaped Macquarie Harbour in a fateful bid for freedom. This band of Irish, Scottish and English thieves were immediately hurled into chaos as their plan failed and they were thrust into the heart of a harsh and foreboding landscape. With little food or equipment, in a place these immigrants knew little about, they battled a merciless enemy: the unforgiving, barren land. A land 'where God wields an axe'.

Led by ex-sailor and experienced navigator Robert Greenhill, the men become lost, with Greenhill's leadership challenged by Pearce's only confidant, Alexander Dalton. As supplies run out and tensions escalate, the group soon contemplates the unthinkable. The futile battle between man and nature turns man onto himself.

This is a brutal story of absolutely breathtaking beauty. Parallels with Dante's epic poem Inferno interlace this chilling tale as we follow Alexander Pearce's descent through the circles of hell to the depths of his own dark soul. Kill or be killed? After their journey ends we are left with the timeless question: Does this darkness of human nature lurk within us all?

Van Diemen's Land is rated MA 15+. It contains strong violence, course language and some nudity. It is suitable for senior students in: