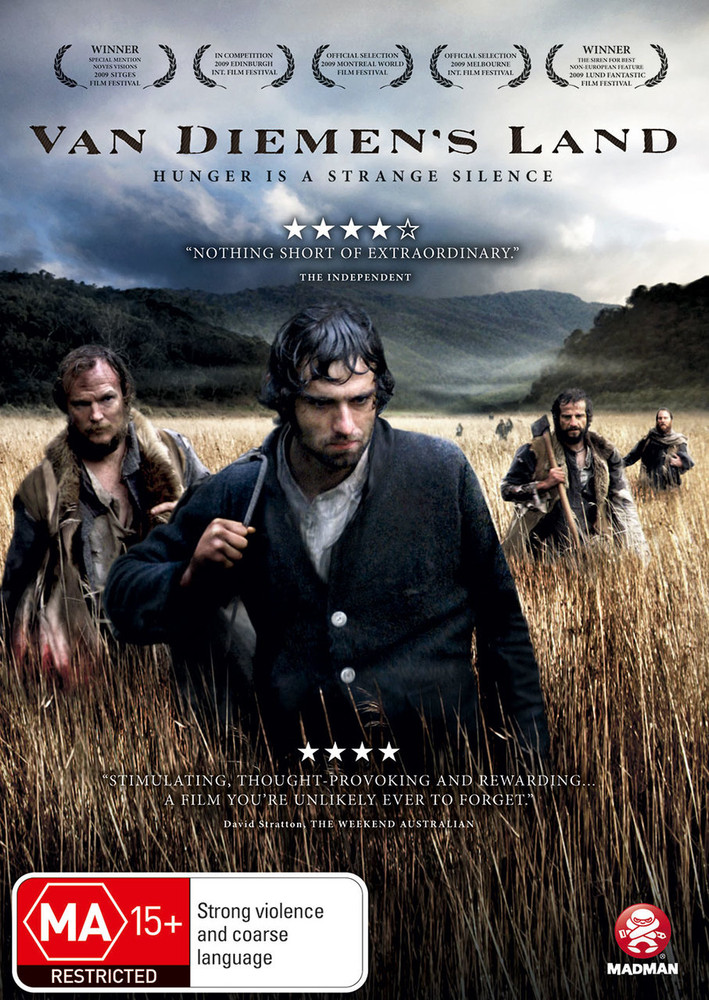 The true story of Australia's most notorious convict, Alexander Pearce and his infamous escape into the beautiful yet brutal Tasmanian wilderness.

A point of no return for convicts banished from their homeland, Van Diemen's Land was a feared and dreaded penal settlement at the end of the earth. The entrance to its remote station of secondary punishment, Macquarie Harbour, was named 'Hell's Gates' by its prisoners as a reference to the gates of hell in Dante's Inferno – 'Abandon all hope ye who enter here' – was plastered at the Harbour's mouth as a warning to all souls sent there.

In 1822, eight convicts escaped Macquarie Harbour in a fateful bid for freedom. This band of Irish, English and Scottish thieves were immediately hurled into chaos as their plan failed and they were thrust into the heart of a harsh and foreboding landscape. With little food or equipment, in a place these immigrants knew little about, they battled a merciless enemy – the unforgiving, barren land – a land where God wields an axe.

Something in the Dark: The Tale of Ruby Rose and the Tasmanian Gothic

The Horror! The Horror!: Tasmania's Cannibal History on the Silver Screen