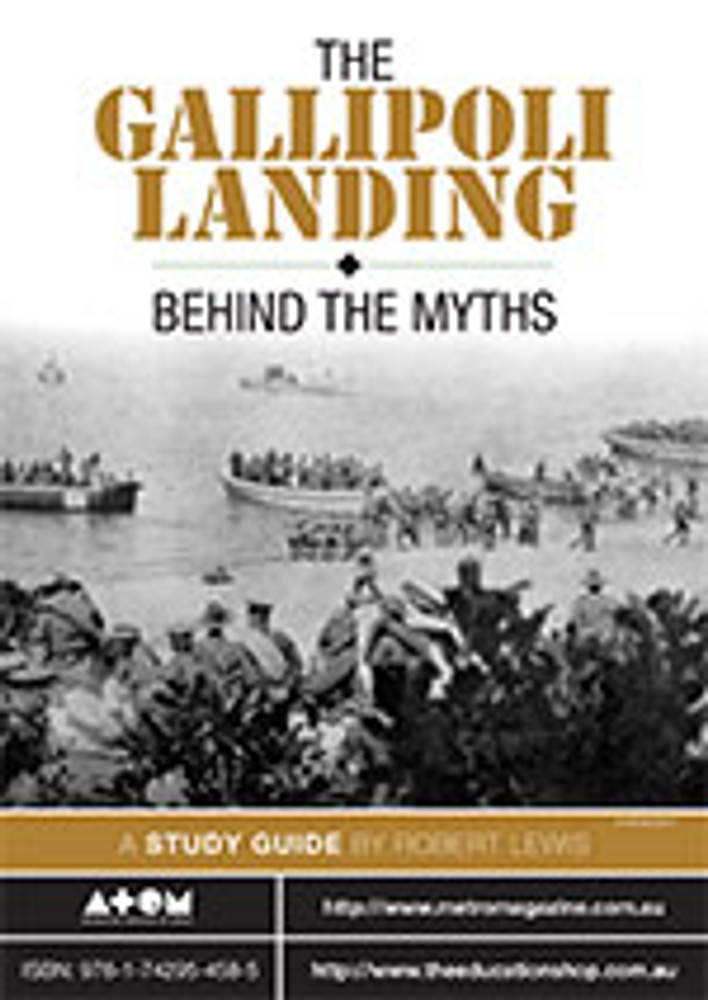 On 25 April 1915, Australian troops landed before dawn on a beach on the Gallipoli peninsula of Turkey. They were joined later in the day by New Zealanders and some Indian artillerymen. It was part of a set of landings on the peninsula by other Allied troops, mainly from Britain and France.

The landings are generally acknowledged to be a failure, but the landing of the Australians and later New Zealanders led to the creation of the Anzac spirit as a significant part of Australian identity.

This unit examines that first day to explore both the truth and the myths about it, using evidence to help students develop their own understanding and to critically analyse different types of representations of it, including popular Year 9 History textbooks.

This unit is relevant to Year 9 History: The Making of the Modern World, particularly to the Key Inquiry 'What is the significance of World War One?'.

This resource is best used in conjunction with the ten-minute video An Intelligence Officer's Daily Brief - 24 April 1915, which is now available to purchase as streaming content at The Education Shop. It can also be used alongside other Gallipoli resources, including the non-fiction graphic novel Gallipoli: The Landing.