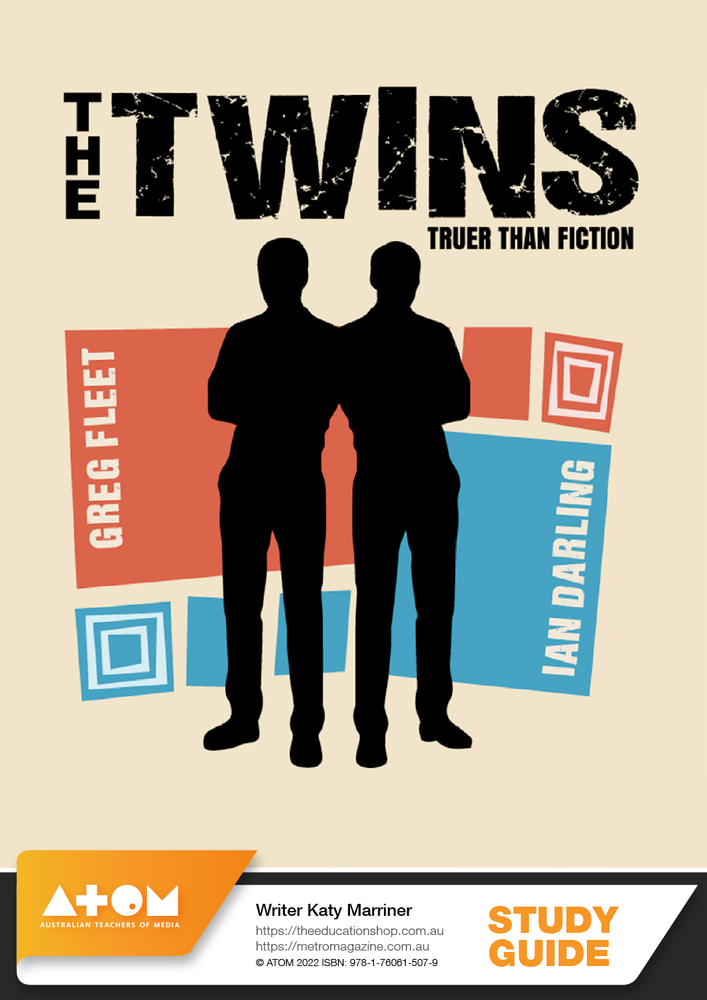 The Twins sees two old school friends, Greg and Ian, re-uniting forty years after playing the twins in Shakespeare's The Comedy of Errors, to rework it as a two-hander. A heart breaking and hilarious play about trust; remembering and forgetting to remember; loss; regret; love; pain and glory.

Although Greg and Ian's lives took different paths; they are now reunited, but who is playing who? Are they who they say they are and should any of that matter? And once you've let go of your dreams, is there ever really any way back? It's a play about fathers and the shadows they leave, the labels we give to others and ourselves and the burden and guilt these two friends carry as a result. An achingly honest account that sees privilege and heroin joined at the hip.

Greg Fleet is an internationally renowned actor, comedian, playwright and author. Ian Darling is an award-winning documentary filmmaker, who returns to the stage for the first time in forty years. His director credits include the acclaimed documentaries The Final Quarter and Paul Kelly: Stories of Me. Written by Sarah Butler, Ian Darling and Greg Fleet and directed by Terry Serio and Sarah Butler, The Twins is produced by Shark Island Institute and The Arts Lab Kangaroo Valley. The Twins was one of only a handful of interstate productions crossing the border to take part in the 2021 Adelaide Fringe.

The Twins is a two-handed devised work that explores themes including friendship, memory, regret, privilege, expectation and identity. This play offers much for students to observe, reflect on, and therefore learn about in regard to acting/performance, playbuilding, elements of production (staging and the use of music particularly), narrative structure, the use of flashbacks, balancing tragedy and comedy, and biography in drama. This play also offers an opportunity for students to approach and consider dramaturgy with a contemporary text. There are Shakespearian and numerous cultural references (Australian music and references, the Marlboro Man, Peter Brookes, and The Removalists to name a few).

In regards to critically studying and/or appreciating Drama, the filmed version of The Twins could be of use to regional and remote students who do not have the opportunity to attend live theatre during the course of their studies.

The Twins can be linked to the following subject areas within the Australian Curriculum:

The Twins may also be used as a supplementary text for relevant senior school subject areas, including: