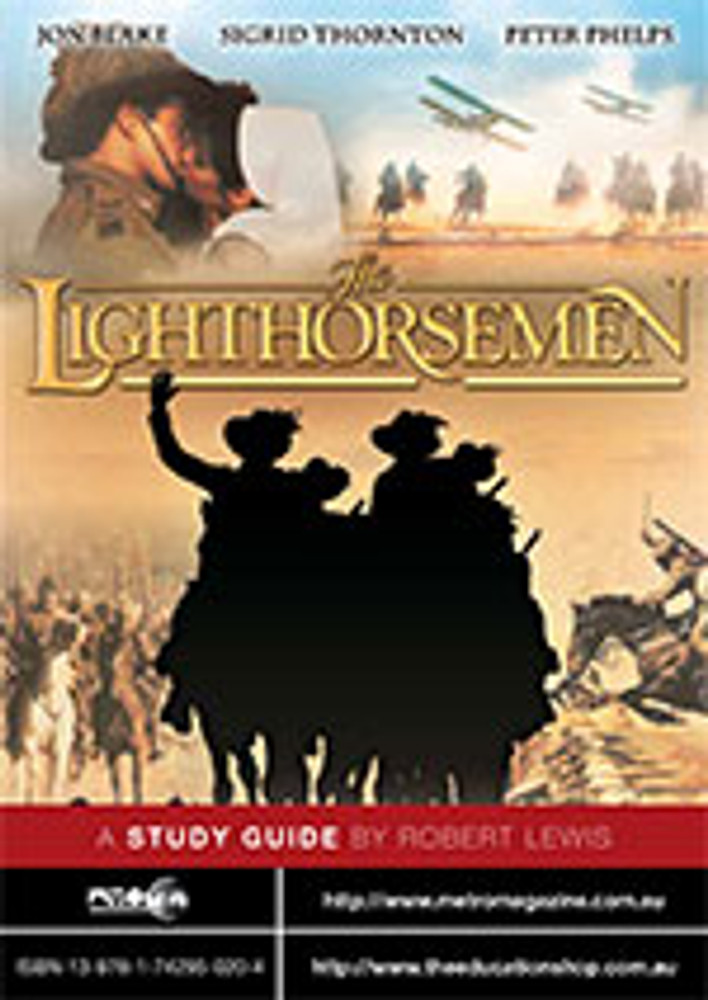 The Lighthorsemen (Simon Wincer, 1987) tells the story of a group of Australian soldiers in a Light Horse (mounted) unit fighting the Ottoman Empire (Turkish) enemy in Sinai and Palestine in 1917 during the First World War.

Their story culminates in the historic charge at Beersheba, by the 4th and 12th Light Horse Regiments, to secure the wells in the town and to open the way for an attack on the stronghold of Gaza.

The film is one of a number made during the 1980s – including Breaker Morant (Bruce Beresford, 1980), Gallipoli (Peter Weir, 1981) and the TV series The Anzacs (1985) – that explored and promoted the Anzac legend as an important part of Australian national identity.

The Lighthorsemen runs for 114 minutes.

The Lighthorsemen is rated PG. It is suitable for use in studying the nature of war, Australians in the First World War, the Anzac legend, representations of history and war films in: