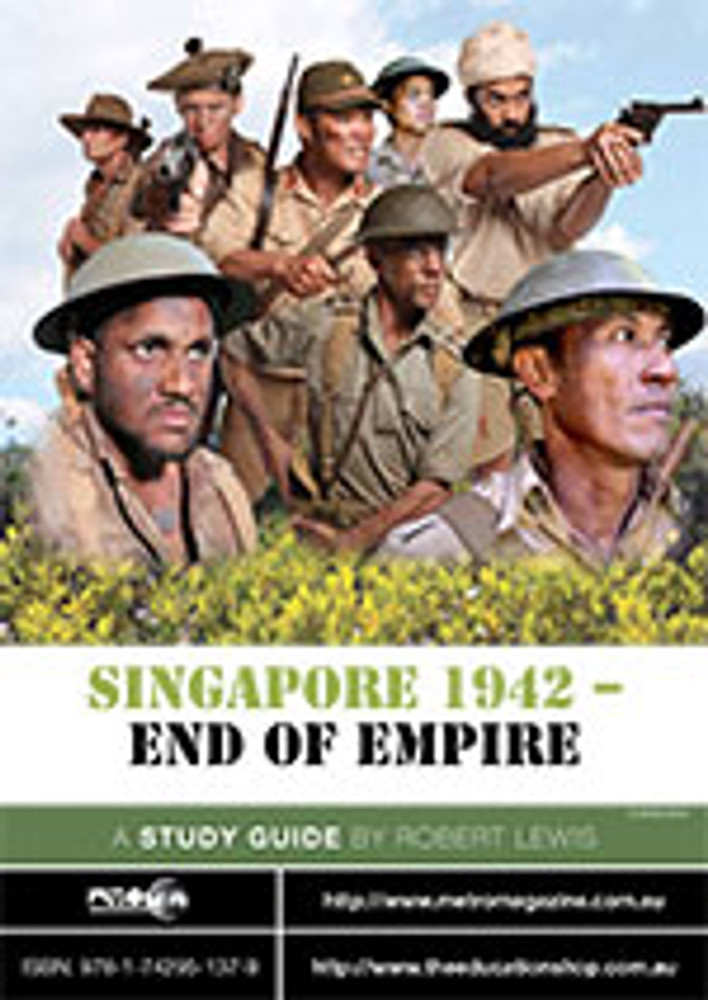 Singapore is a cosmopolitan world city – an Asian Tiger – playing a key role in international trade and finance with a population of close to 5 million people. But seventy years ago its citizens suffered one of the most bitter and brutal campaigns of World War Two. The fall of Singapore on 15 February 1942 brought an empire to its knees, dramatically changing the destiny of millions of people. It was a crushing defeat that unleashed national Asian independence movements, and Asian, Australian and British aspirations would never be the same.

Singapore 1942 – End of Empire (Don Featherstone, 2011, 2 x 53 minutes) is a two-part documentary exploring the Japanese invasion of Malaya and Singapore, and its effects on Australia and the world.

In 1941, Britain was fighting for its life against Germany in Europe and Australian troops were under siege in the Libyan port of Tobruk. Surrounded by colonial powers and short of land and raw materials, Japan embarked on a military campaign it believed would expel the white race from East Asia – liberate a billion people and extend the light of Imperial Power to the south. Without warning they dramatically entered World War Two, bombing the American naval base at Pearl Harbour and simultaneously attacking the prime British colony of Malaya and Singapore on 7 December 1941. Australia, Britain and the US were now at war with Japan who saw themselves as liberators not occupiers, ridding Asia of its colonial masters.

Nicknamed the 'Gibraltar of the East', Singapore was the major British military base in South East Asia. The spectacular surrender of its British and Commonwealth defenders clearly illustrated the way Japan was to wage war in the Far East – with remorseless speed and efficiency. More than a colossal military defeat, it also buried any lingering notions of white racial superiority.

About 80,000 British, Australian and Indian troops became prisoners of war, joining the 50,000 troops captured in the Malaya campaign. Thousands of local civilians were imprisoned too.

Singapore 1942 – End of Empire is not about winners and losers. It was shot in key locations and includes first-hand accounts told from multi-national perspectives by surviving soldiers, airmen and nurses from the front line. However, fundamental to the storytelling are civilian eyewitnesses – both Malaysian and Singaporean. Singapore 1942 – End of Empire reveals new and challenging insights into a battle that turned our world upside down.

Singapore 1942 – End of Empire is a valuable resource for use in middle–upper history courses covering: