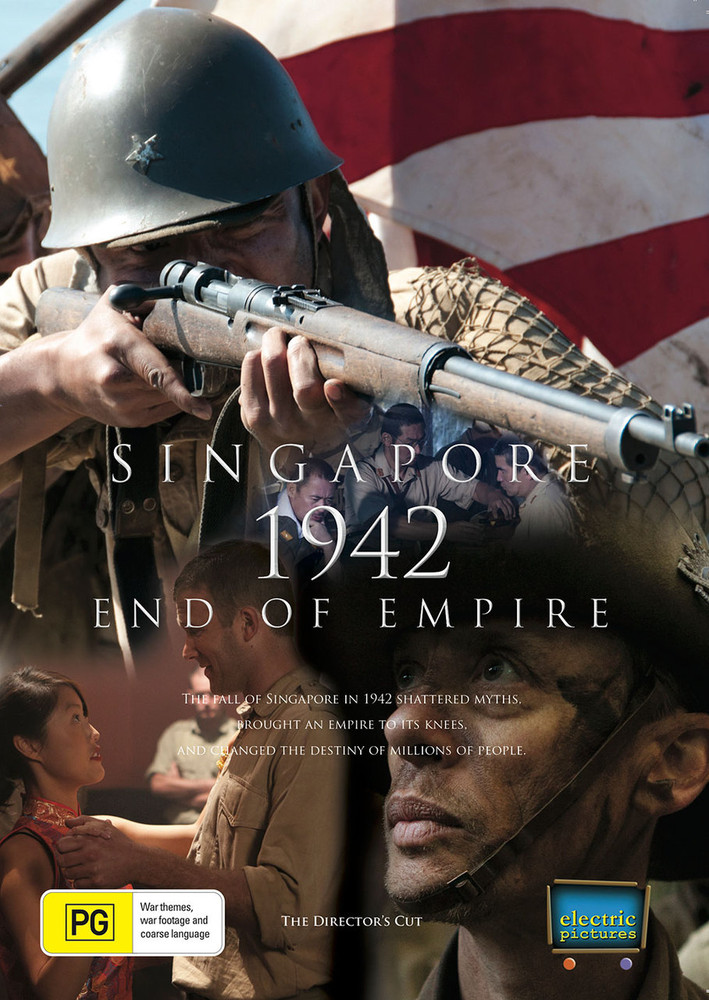 A 70th anniversary television event, Singapore 1942 – End of Empire tells the story of those early shocking days of the Pacific War when belief in security and comfort from empire collapsed. For the first time this momentous twentieth-century battle, and its equally dramatic aftermath, is told from a multi-national perspective, revealing new and challenging insights into a battle that turned our world upside down. Whilst the Japanese victory confirmed how useless it was for Australians to rely on Britain for their defence, post-war Australians looked to another great protective power – the United States – to align itself with. And Asian nations would rapidly determine their own destiny and seek a tumultuous independence.

Japanese Imperial Army soldiers pour onto Singapore Island under the skilful command of General Yamashita. They quickly break through a flimsy line of raw Australian troops, outmanoeuvre General Percival and drive his combined Commonwealth forces back to the Singapore city. Indian soldiers, seeking independence, join the Japanese and fire on their former masters. Australians leave their posts while Malays and Chinese divide along political and ethnic lines. The British finally begin evacuating Singapore but priority is given to the safety of whites. A tipping point is reached – the fall of all the colonial empires throughout the region is now inevitable. Australia is dragged kicking and screaming to the Asian table.

The Surface of Singapore: Serangoon Road