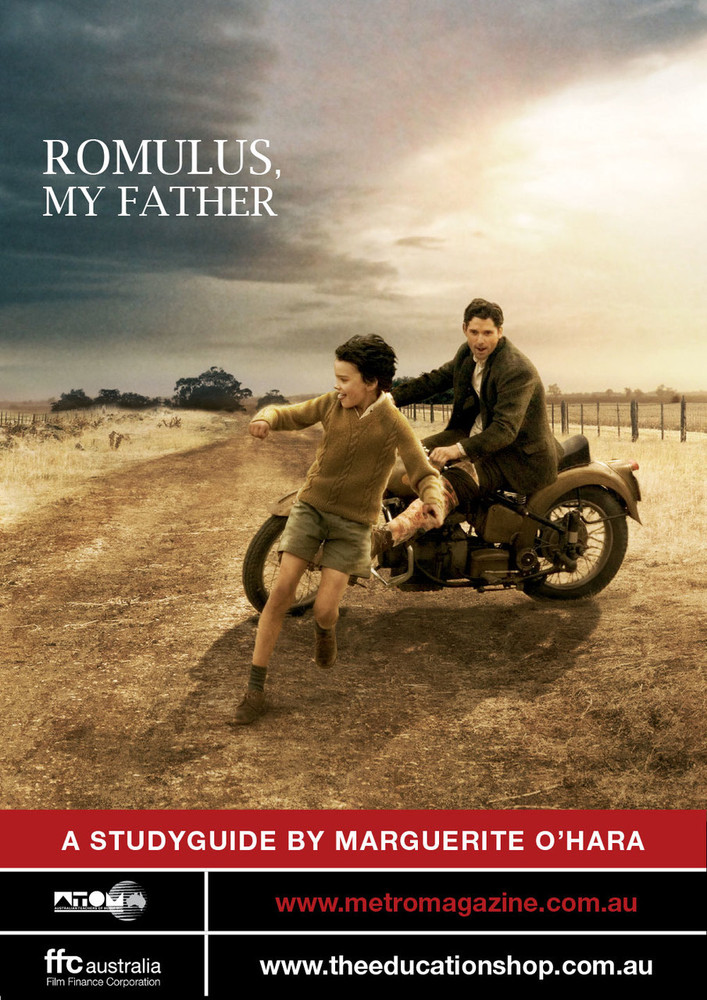 Romulus, My Father is based on Raimond Gaita's award-winning memoir of the same name. The film stars Eric Bana as Romulus, Kodi Smit-McPhee as his son Raimond and Franka Potente as Christina. The film was directed by Richard Roxburgh and adapted for the screen by poet and playwright, Nick Drake.

Curriculum relevance:
Romulus, My Father will have interest and relevance for students and teachers at middle and senior secondary levels, as well as tertiary students studying in a number of areas including:

Romulus, My Father: Scenes from a Childhood