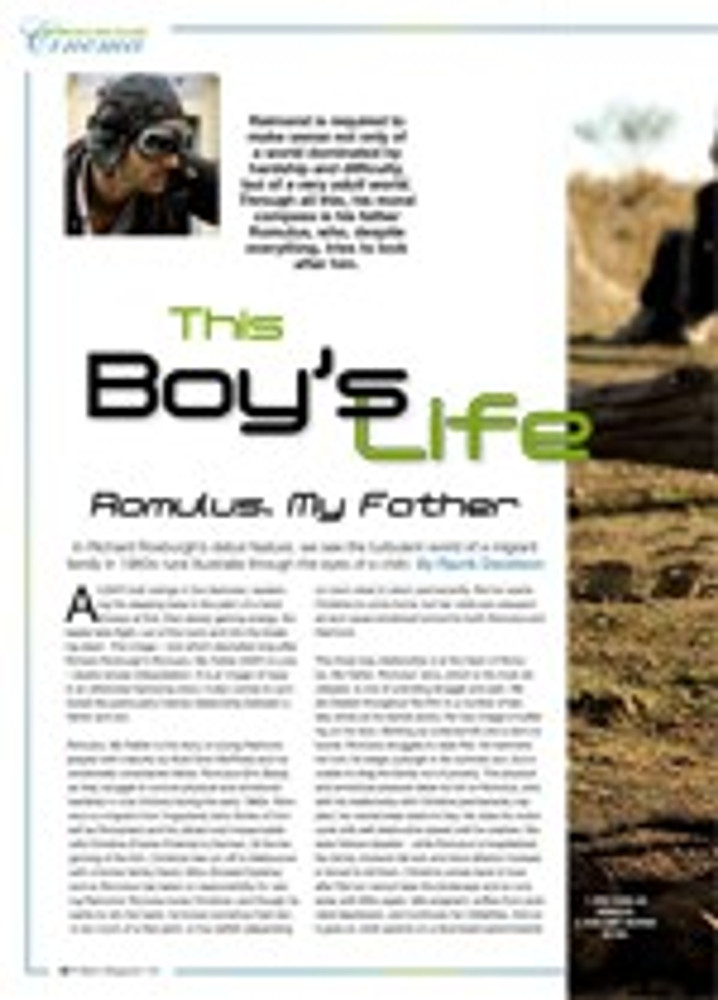 A review of Richard Roxburgh's debut feature, Romulus My Father. Based on the life of philosopher Raimond Gaita, the film has at its heart a three-way relationship between mother, father and son, with both parents on a downward spiral to mental breakdown. Davidson writes that while the film has all the elements of melodrama, it is understated, and that it is as much about Rai's attempts to make sense of a world of hardship as it is about the relationships themselves.

Romulus, My Father: Scenes from a Childhood

Romulus, My Father (VATE Inside Stories)